Some commercial tricycle riders have been seen attacking a LASTMA official in a community in Lagos. 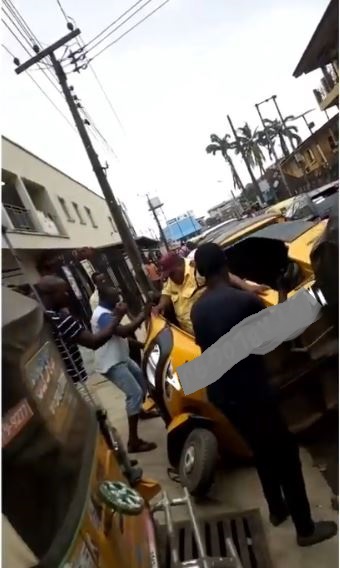 LASTMA official being assaulted
A video has emerged on social media showing the moment an official of the Lagos State Traffic Management (LASTMA) was attacked by some tricycle riders.
Local reports show that the LASTMA official had seized the tricycle of one of the tricyclists so the rest came together to trap the official and attack him in order to make him release the seized tricycle.
The incident which happened in Ikeja, Lagos, caused some stir in the area. However, it is not certain how the whole incident ended.
Watch the video below: