Nigerian writer, Lola Shoneyin has narrated her sexual experience in the wake of the #SexForGrades scandal. 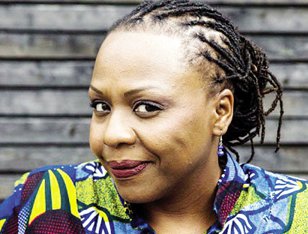 Lola Shoneyin
Hours after BBC investigation released a documentary exposing Nigerian, and Ghanaian academics sexually harassing students for grades, the award winning Nigerian writer, and director of Lagos Aké Arts and Books, Lola Shoneyin, took to her Twitter page to explain how she had been sexually assaulted while growing up.

She narrated how one of her Dad’s friends had molested her sexually. She she said the undisclosed fellow was once a deputy vice-chancellor of a public university.

“A DVC lunged at my breasts in his office. I froze from shock before flinging off his hands. For months, I felt terrible shame. Played the scene over in my head to see what I could’ve done to invite such violation. Nothing. I had to live with the lingering sensation of this man’s palm on my breast for weeks. I felt so dirty. I wish I had slapped him. I wish I had screamed. But I didn’t. I was terrified.”

She went further to explain her father’s reaction when he heard of the ugly incident and how she was compelled to talk about it because of the worries it gave her.

“My dad slapped his chest and said, ‘Omo re mi!’ (my own child in Remo). He felt so betrayed.”

“To be honest, I told my parents because I felt a stomach-turning combination of shame and fear. I believed the man was capable of turning up at my door. It was very hard and very embarrassing. There are loads of experiences I didn’t share, or haven’t shared with them though. How many stories will I recount? “ she stated.

She was thankful for the release of the yearlong investigation on sexual harassment by lecturers at West Africa’s most prestigious universities by BBC’s Africa eye.
Top Stories