The book's co-authors said they conducted more than 100 interviews with women from Mr Trump's life during the writing process. 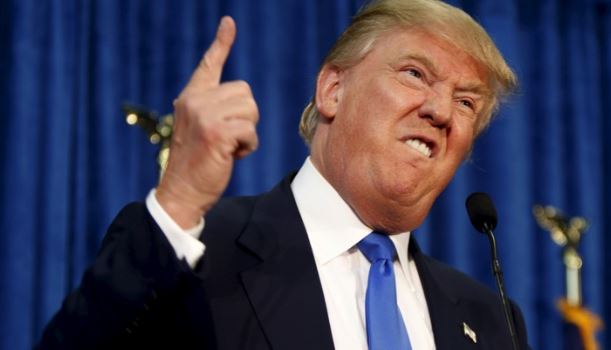 President Donald Trump
Donald Trump has been accused of another 26 incidents of “unwanted sexual contact” and 43 instances of inappropriate behaviour, including a claim he hid behind a tapestry to grope a woman at his Mar-a-Lago property.
The explosive allegations are featured in a new book, All the President’s Women: Donald Trump and the Making of a Predator, by Barry Levine and Monique El-Faizy, the first excerpt of which has been published by Esquire magazine.
Mr Trump has faced accusations of sexual misconduct for years, and has denied them all – including the infamous moment from the 2016 campaign trail when an audio tape was leaked of him discussing grabbing women “by the p****” without their consent.
Karen Johnson spoke exclusively for the first time to Mr Levine and Ms El-Faizy about her claims of unwanted touching on the part of the president during a New Year’s Eve party in the early 2000s.
“When he says that thing, ‘Grab them in the p****,’ that hits me hard because when he grabbed me and pulled me into the tapestry, that’s where he grabbed me – he grabbed me there in my front and pulled me in,” she said.
The book’s co-authors said they conducted more than 100 interviews with women from Mr Trump’s life during the writing process.
Mr Trump has long denied all accusations of inappropriate sexual behaviour against him, and has frequently sought to undermine women who have come forward detailing allegations of abuse and unwanted touching, criticising their claims on Twitter and elsewhere.
Ms Johnson said she “hadn’t seen [Mr Trump] that whole entire night” at the party when she took a trip to the bathroom before going home.
“I was just walking to the bathroom,” she said. “I was grabbed and pulled behind a tapestry, and it was him. And I’m a tall girl and I had six-inch heels on, and I still remember looking up at him. And he’s strong, and he just kissed me.”
She added: “I was so scared because of who he was ... I don’t even know where it came from. I didn’t have a say in the matter.”
Mr Trump then reportedly encouraged her to stand next to him as he said goodbye to the guests, as Melania was upstairs.
He also began calling her in the days following the incident, offering to take her on trips as she cared for her dying husband.
“Don’t worry about it, he’ll never know you were gone,” Mr Trump said, according to Ms Johnson.
Prior to this book, at least 24 women came forward accusing Mr Trump of sexual misconduct.
One of the most recent was author E Jean Carroll, who said the president forced himself onto her in a dressing room at a department store in the 1990s.
Mr Trump said she was “peddling fake news” and “trying to sell a new book” by coming forward.
The authors also described how the president first met Melania Trump when she was 28 years old, at a time when he was dating numerous women.
They said Mr Trump asked one of them, Kara Young, to marry him after seemingly becoming infatuated with her. Ms Young was dating Mr Trump at the same time as Ms Trump, according to the new book, and reportedly used his credit card to shop in New York CIty’s SoHo neighbourhood.
One day, the book says Ms Trump found another woman’s make-up on a bathroom towel – presumably that of Ms Young – and later broke up with Mr Trump over “trust issues,” according to an interview with the first lady’s former roommate. She said the two eventually got back together after Ms Trump forgave Mr Trump.
Top Stories