Vice-Chancellor of the University of Ghana Prof Ebenezer Oduro-Owusu has been accused by Andrea Pizziconi of sexually harrassing her. 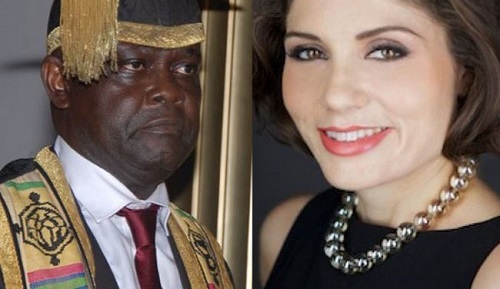 She further revealed that the University of Ghana VC refused to work with her to save the Africa Integras project on grounds of being “far too pretty to worry my little head about the project”. During a physical meeting, Pizziconi said Oduro-Owusu told everyone present “turn around, everyone, I want to give her a proper hug.”

The CEO of Africa Integras also alleged that she was advised not to make waves and definitely not to raise the #metoo flag if she wanted to put the project back on track.

“I have remained mostly quiet despite the battery of attacks by Professor Ebenezer Oduro Owusu on my dignity. I was advised not to make waves and definitely not to raise the #metoo flag if I wanted to put the project back on track, which I do. Now I feel compelled to speak up and draw a direct line between this s*x scandal and our derailed project,” her statement read in part. 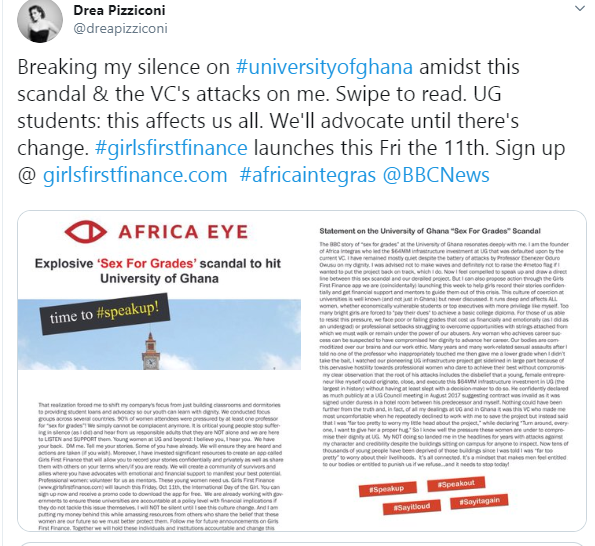 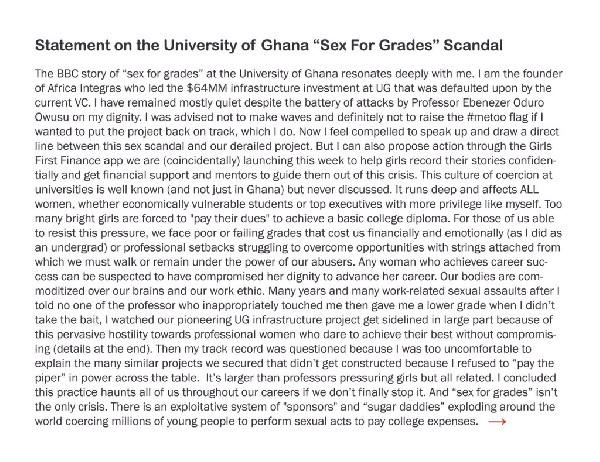 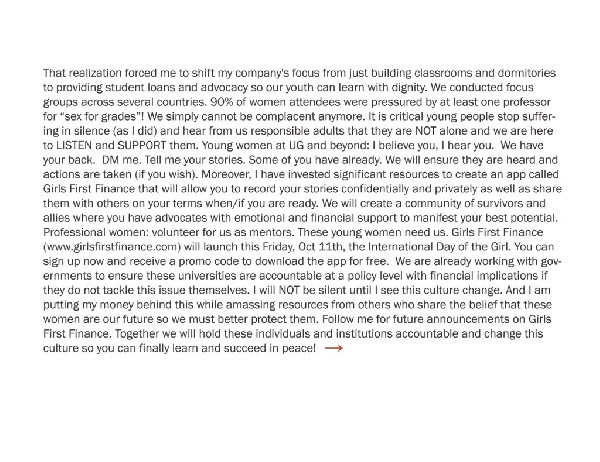 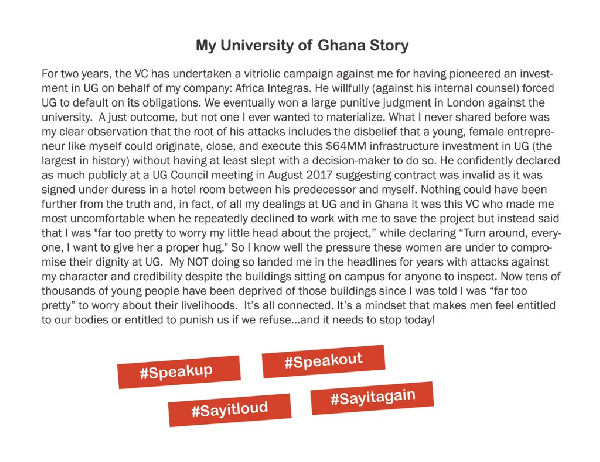