Typhoon Hagibis kills 26 people while 15 people are still unaccounted for, forcing the Rugby World Cup being hosted by Japan to cancel several games. 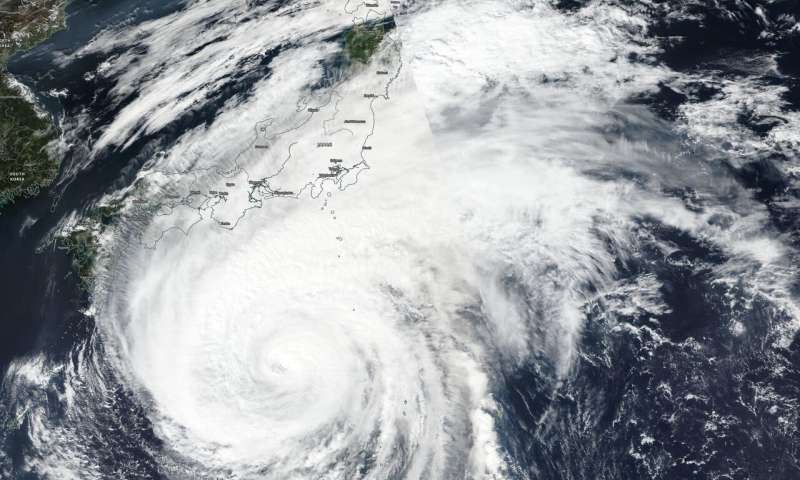 Typhoon Hagibis moved away from land on Sunday morning, but while it largely spared the capital it left a trail of destruction in surrounding regions. More than 100,000 rescuers including 31,000 troops were working through the night to reach people feared trapped after torrential rain caused landslides and filled rivers until they burst their banks.

The destruction forced the Rugby World Cup being hosted by Japan to cancel several games, but the “Brave Blossoms”, as the national team is known, lifted spirits with a stunning 28-21 victory over Scotland Sunday that puts them into the quarter-finals of the tournament for the first time.

The government put the death toll at 14, with 11 people missing, but local media said at least 26 people had been killed, and at least 15 were still unaccounted for.

Rivers overspilled their banks at close to dozen locations including in central Japan’s Nagano, where a levee breach sent water from the Chikuma river gushing into residential neighbourhoods, flooding homes up to the second floor.

Military and fire department helicopters winched survivors from roofs and balconies in several locations, but in Fukushima one rescue went tragically awry when a woman died after falling from a chopper cradle. Elsewhere, rescue workers carried out an hours-long boat operation to evacuate hundreds of people from a retirement home in Kawagoe, northwest of Tokyo, which was flooded up to its top floor.