Another fuel tanker has reportedly gone up in flames in a community in Onitsha, causing serious commotion in the area. 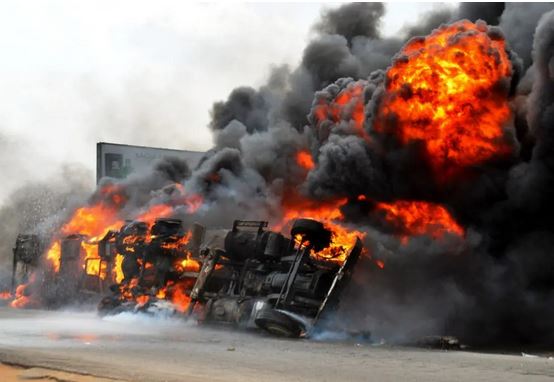 According to Punch Metro, another petrol tanker has exploded along Enugu-Onitsha expressway by Bessoy filling station, Onitsha, Anambra state.

The incident, coming barely 48hours after lives were lost following fuel tanker explosion in Upper Iweka and Ochanja market, was said to have occurred around Omaba Phase 2 at the wee hours of Friday.

The tanker carrying petrol was said to have fallen in the middle of the road, spilling its contents along the drainages.

The Nation gathered that some residents near the area ran out of their buildings for fear of being consumed by the inferno.

Properties worth millions, including buildings, vehicles and other valuable were reportedly gutted by the fire.

No casualty was recorded at the time of filing this report.

The Commissioner of Police, John Abang confirmed the incident.

He said, “This time around the fire service responded well after they were contacted by my men.”