Slay Queen's Body Found After She Was Strangled To Death (Photo)


A model known for slaying has been died after being strangled and injected with pool cleaner. 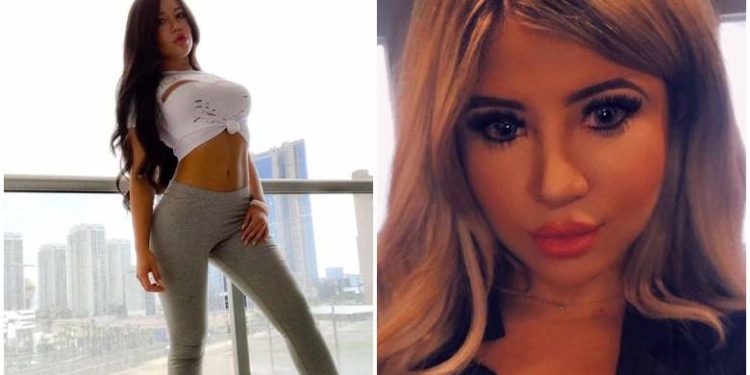 Esmeralda Gonzalez
The body of a 24-year-old slay queen and model who went missing has been found.
She was reportedly “strangled and injected with pool cleaner,” according to court documents.
The remains were found in a “homemade concrete and wooden structure” in the desert area north of Las Vegas, police said.
Detectives believe they belong to 24-year-old glamour model Esmeralda Gonzalez, who was last seen five months ago.
Officers received an anonymous tip-off that neighbour Christopher Prestipino, 45, had been involved in her disappearance.
After searching his house, police believe the victim was held there against her will before she was murdered.
Mr. Prestipino was arrested on Friday and charged with open murder, kidnapping and conspiracy to commit murder.
Police also arrested 31-year-old Lisa Mort for allegedly helping to harbour, conceal or aid the killing.
The remains have not yet been formally identified as Ms. Gonzalez, and Clark County Coroner’s Office is yet to release a cause of death.
However, in court papers seen by the Las Vegas Review Journal, chief deputy district attorney Pamela Weckerly alleged Mr. Prestipino strangled the 24-year-old and injected her with pool cleaner.
Ms. Weckerly wrote: “Prestipino rented a U-Haul, and the victim’s body was dumped in the desert.”
She added that the suspect appeared to have been “panicked” because he “left the rented U-Haul dolly at the body dump location”.
Ms. Gonzalez worked in the adult entertainment industry and lived about 150m away from Mr. Prestipino, according to the Las Vegas Review Journal.
She was reported missing by her brother on 31 May after he found her home “ransacked”.
Police received anonymous information on 18 July that Mr. Prestipino had been involved in her disappearance.
Top Stories