Short, Evil Pastor Who Pretends To Be An Angel - Femi Fani-Kayode Blasts Osinbajo


He added that he would not describe them as evil because he has known them for over 30 years. 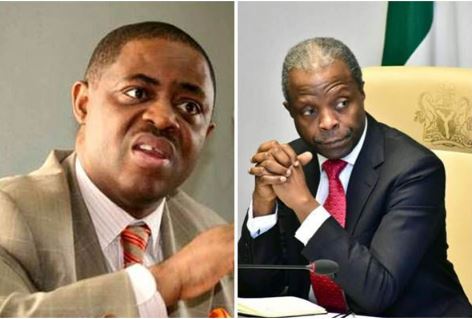 Fani Kayode, a former minister for aviation, has aimed a slight dig at vice president Yemi Osinbajo, by sharing that he disagrees with the World view about Mamman Daura, Abba Kyari and Lawal Daura.

He added that he would not describe them as evil because he has known them for over 30 years.

Speaking via his Twitter handle, he claims Osinbajo is one of the bad heads in the Buhari-led administration but he fakes being an angel.

"I disagree profoundly with the world view of men like Zangon Daura, Mamman Daura, Abba Kyari and Lawal Daura but I would not describe them as evil. I have known them all for over 30 years and I can testify to that. The evil one is the short Pastor who pretends to be an angel.

All u do is plot how to jail ur fellow Yorubas even when they did no wrong. U locked up

@adeyanjudeji ,u are behind the incarceration & politically-motivated prosecutions of SW leaders and u pushed for the sacking of Kemi Adeosun and wanted her prosecuted and jailed for 2 years..

...Worse of all u are now plotting and planning against ur own leader Bola Tinubu just because you want to be President in 2023 and you want him weakened,discredited and out of ur way.Anyone that believes the only way up is to destroy others will end in destruction & shame...

...You are a short, evil and wicked man and you are not a real Pastor. Your heart is as dark as hell and by the time this is all over Nigerians will know that you are the most duplicitious creature and evil beast that they have ever had the misfortune of having to put up with!" 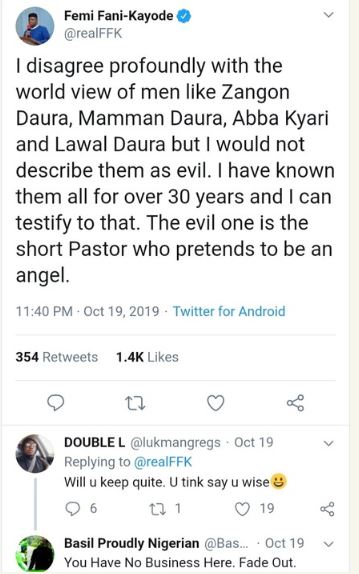 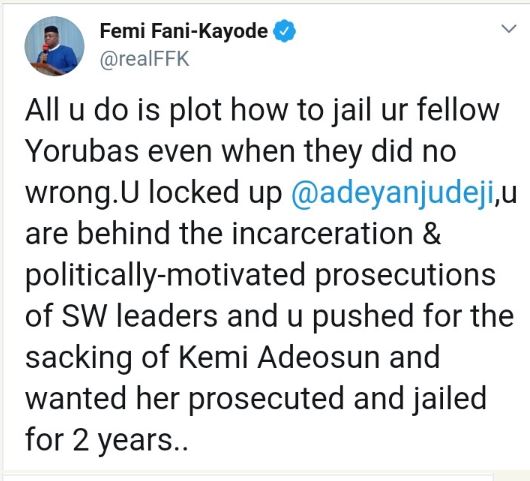 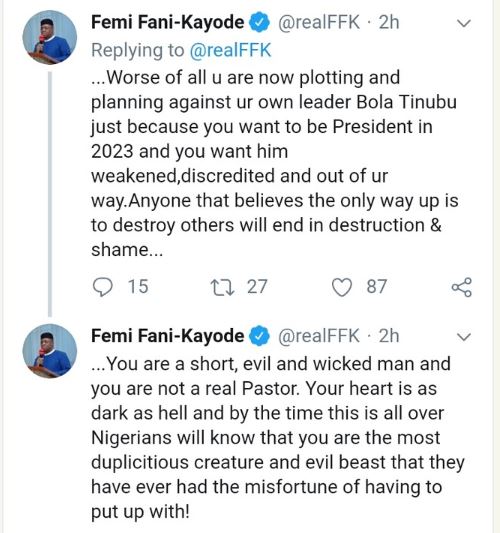 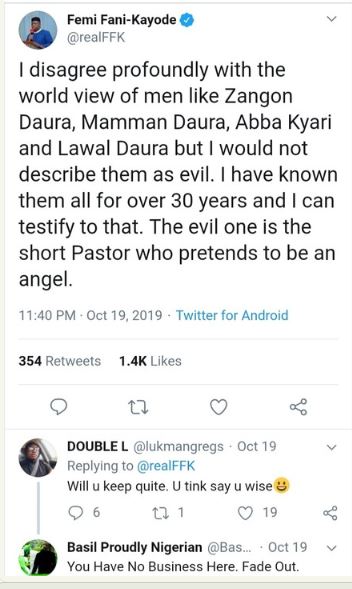