Veteran Nigerian musician, Blackface Naija has talked about his time with 2face and Faze in the defunct Plantashun Boiz music band. 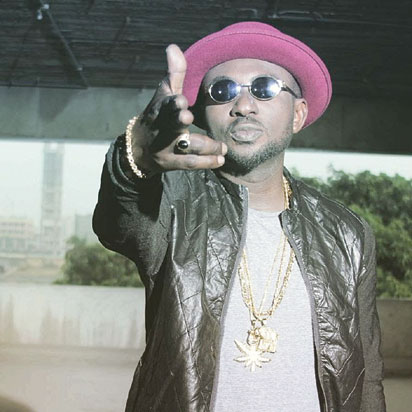 Singer, Augustine Ahmedu, aka Blackface Naija, has been in the music industry for about two decades. He tells MOBOLA SADIQ about his career, and other issues

Do you feel threatened by the new crop of artistes?

Not at all. I am experienced, and I have vast knowledge about the music industry that the new guys don’t know about.

Is there a message you’re trying to pass across with the new version of your song, African Queen?

The song is dedicated to women all over the world. I decided to do another version of the track to let people know that there are different ways that a song can be rendered. As it is well known, I gave 2face the rights to sing the song but he didn’t give me the appropriate credit. I have got proof to show that I wrote that song. Recall that I also sang the song in one of my albums titled, Jungle Fever.

I don’t see it as a big deal because this is not the first time that two singers would sing a particular song. For example, the song, I’ll Always Love You, was written by Dolly Parton. It was later sung by Whitney Houston.

It doesn’t matter who sings the song– you just have to give credit to the writer, and that’s what many Nigerians fail to understand. Anyway, we are preparing to shoot the video anytime soon because my fans have been asking for it.

Some people felt you should have made a new song instead of revisiting African Queen of many years ago. What’s your reaction to that?

There are still going to be different versions of African Queen– including rap and dancehall. So, they should get ready for that.

Apart from music, what else do you do?

I am involved in a lot of businesses. I sell houses as a real estate agent, and I’m also a record label executive.

I spend most of my time creating music and doing other businesses. So long it is buying and selling, I am up for it.

Do you sometimes wish that your music career started now that there seems to be more money and prestige in the industry?

I do not wish that my career started now because I have gained a lot of experience over the years. I have vast knowledge about music that the new guys don’t know about. It is a different thing when you have made a hit. A lot of artistes out there do not have any hit song or album to their names, but I have made about six albums as a solo artiste. While with the Plantashun Boiz, we recorded about three albums.

There is no gainsaying the fact that I have done a lot of work in the music industry. The Blackface of the past is different from the new Blackface Naija.

I have improved, so people should not think that I am stagnant. I have evolved over the years, and nobody should try to stereotype me, or think I’ll be a certain way they want me to be. I set a standard for myself and make sure that I achieve it.

Why do some people think you are still trailing in 2face’s shadow?

I cannot stay under 2face’s shadow. Even he knows that I was the one making the music we sang as Plantashun Boiz. I made more music than 2face and Faze together.

Are you ready to embrace peace with 2face?

I did not sue myself to court, so why should I be talking about embracing peace? They are the ones that sued me. It is not everyone that likes good things. Some people thrive on evil, but no matter what we do, we should always remember that there is God.

What message do you have for your fans?

My fans should get ready for me. I’m preparing a new single, and I’m also working on my next album which is titled, Rising Sun. Also, I am going to make videos for all the songs that fans have always requested for. I want to give the fans what they want. Trials and tribulations come but there is always a reason for everything. I would also be coming out with some new guys as well.