Hadi Sirika Reveals When Enugu Airport Will Be Ready 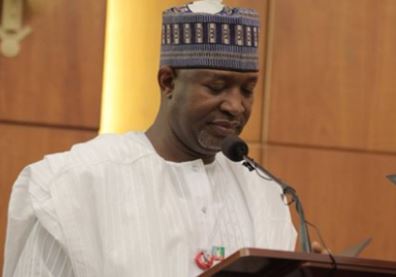 Minister of Aviation, Senator Hadi Sirika said on Tuesday that he will be relocating his office to the Akanu Ibiam International Airport in Enugu temporary to directly supervise the rehabilitation of the airport which he said will be completed before the end of April 2020.

Sirika who spoke while defending his ministry’s budget before the House on Aviation said with the approval of N10 billion for the Enugu Airport by the President, the contractors are expected to mobilise to site as soon as possible, adding that the President has already directed all agencies associated with the smooth work on the airport to work together to ensure it was delivered on time.

He said that the Enugu state governor has given assurance that he will swing into action to ensure that conducive atmosphere is provided for the rehabilitation of the airport and ask the lawmaker to always visit the airport to access progress of work.

Speaking on hygiene in the nation’s airports, the Minister explained that out of the 22 federal airports in the country, 21 of them were clean and hygienic, adding that the only place of concern was the Lagos airport.

He explained that when the Lagos airport was established, it was built to accommodate 200,000 passengers per annum, stressing that today, the airport accommodate traffic of about 8 million annually.

He said that the large volume of traffic makes it impossible for the airport to be clean, stressing that efforts were being made to complete the new terminal building in Lagos to ease the traffic on the old building.

Senator Sirika said further that the delays in the completion of the terminal building in Lagos has been addressed with the approval of funds by the President, stressing that the private hangers that were also hampering the work have started giving way.

He said once the Ministry is able to complete the new terminal building, the old one will be brought down to pave way for a new structure and appealed to the lawmakers for their cooperation in the efforts of the Ministry ensure the nation’s airports are safe.

On the performance of the 2019 budget, the Minister told the lawmakers that only N7,330,178,427.45 representing 20.8 percent of the capital allocation to the Ministry was released, adding that so far N2,627,119,597.14 has been paid out from the released 2019 Budget, while some Certificates of Completion of Projects are being processed for payment.

He appealed for their support to ensure that the Aviation Sector is improved by ensuring that the airports and all the needed equipment necessary for safety and security are provided to meet the Standard and Recommended Practices (SARPs) as outlined by regulatory Aviation bodies such as the International Civil Aviation Organization (lCAO), Nigerian Civil Aviation Authority (NCAA) etc.

He told them that there were challenges with the new Terminals being built with the $500M loan from the China Exim Bank, which include changes in structural design of the airports, foundation footing and escalators; provisions for the biggest modern aircrafts; change in departure and arrival floors to rhyme with the railway station; provision of adequate power supply to ensure all facilities are put to use and relocation of the Control Tower and the Fire Service Station

He said: “the above has resulted in the need for variation and additional works to the tune of $461,795,551.02 which has been approved by the Federal Executive Council (FEC).

“The President has graciously approved 50% of this Sum and in 3months we are expecting the balance of the remaining 50% of the money.

“For the 2020 Budget Proposal, we have also approach the Ministry of Finance, Budget and National Planning to provide the counterpart funding for remedial/additional works and completion of four Chinese terminals at Kano, Abuja, Lagos and Port Harcourt (($51 ,800,266.99)(N15,850,881,698.94) has been approved by Mr. President.

He said that about N91.8 billion was being proposed in the 2020 budget for what he called Viability Funding of the new national courier, adding that more Bilateral/Multilateral Air Services Agreement would be signed in 2020 for the benefits of our air travelers. We have developed a road map for the Aviation Sector that will be implemented through Public Private Partnership (PPP).

He disclosed that the establishment of Aerospace University with the support of International Civil Aviation Organization (lCAO) has been approved by the President, adding that the ministry already has a policy of enforcement of expatriate quota in the Industry with the full cooperation of the Ministry of Interior and immigration Service.