So Sad! Nigerian Woman Stabbed To Death By Her Client In Canada (Photo)


A Nigerian social worker has been killed in Canada after a confrontation with her killer. 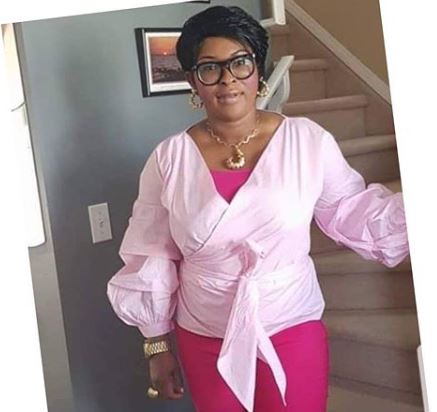 Deborah Onwu
A 47-year-old youth social worker for Wood’s Homes was fatally stabbed early Friday morning while she was on the job caring for an 18-year-old client in Calgary.
Deborah Onwu was identified by police as the victim at around 2:45 a.m on Friday and the suspect is in custody and was arrested around 5 a.m.
Onwu was a youth social worker with Calgary’s Wood’s Homes, a children’s mental health centre that provides treatment to children, youth and families.
In 2017, she was recognized by the Calgary Society for Persons with Disabilities for her five-year anniversary as a relief residential support worker.
Staff Sgt. Martin Schiavetta says it’s believed that a verbal and physical confrontation happened between the suspect and Onwu, and she was stabbed.
Top Stories