A Nigerian man has been nabbed in far away India for selling heroin, it has been reported. 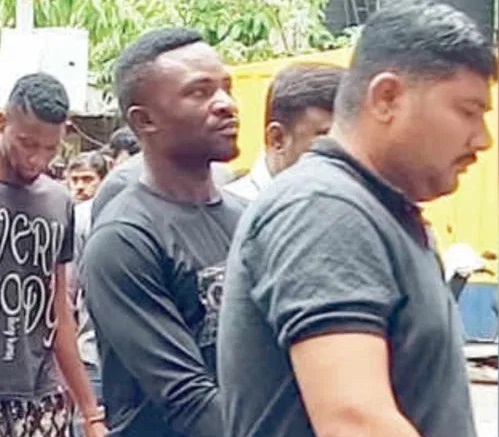 A Nigerian man identified as Chibuzor Ofonedu has been arrested in India for allegedly supplying drugs mounted on scooters.

Accoridng to Delhi police, thirty grams of heroin worth Rs 5 lakh was recovered from him. Ofonedu, 37, hails from Anambra state. He was arrested on October 23 from southwest Delhi’s Najafgarh area.

According to India’s TheWeek Magazine, the accused had come on a scooter to deliver a consignment to two persons, near a metro pillar on the Najafgarh-Uttam Nagar Road.  However, an argument broke out between them over money. When a police team arrived, the duo escaped. Ofonedu also tried to escape but his scooter skidded and he fell down, a police official said.

“Ofonedu was staying in India on an expired medical visa. He came to India on medical visa of three months on the pretext of treatment in September last year,” Deputy Commissioner of Police (Dwarka) Anto Alphonse said. Even after the expiry of his visa on November 2018, he did not leave and continued to stay illegally in Uttam Nagar, he said.

Investigations revealed that the accused began peddling drugs in the west Delhi area and gradually became a dealer, supplying drugs in bulk quantity. A case has been registered and the accused arrested. Ofonedu was produced in court, which sent him to police custody, the DCP said.