The Minister of Information and Culture, Alhaji Lai Mohammed has revealed that the federal government is making plans to regulate social media. 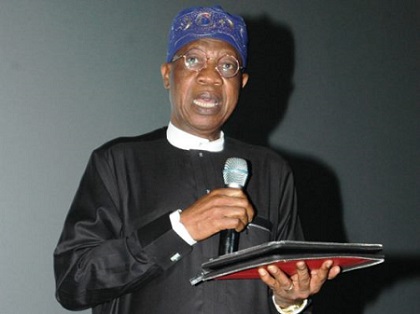 Minister of Information and Culture, Alhaji Lai Mohammed
The Federal Government on Tuesday said it was working on how to inject sanity into social media which it said was currently out of control, a Punch report has revealed.
The Minister of Information and Culture, Alhaji Lai Mohammed, disclosed this at a press conference in Abuja.
Mohammed said no responsible government would sit back and allow such activities capable of setting the country on fire to continue unchecked.
“It has reached a level that the government may just no longer fold its arms and allow this to continue,” he said.
The minister also said no amount of attacks or criticism would stop the government from implementing the tougher sanctions for broadcast stations who breach the nation’s broadcast code especially as it concerns the dissemination of fake news as well as inciteful and divisive comments which were approved by President Muhammadu Buhari recently.
He assured stakeholders that responsible journalists have nothing to fear as the government’s intention is not to gag the media.
He said the intention of the government was to restore sanity to the nation’s airwave.
Details later…
Top Stories