The PDP and its former presidential candidate have been advised to channel the energy toward joining APC to move the nation more rapidly and assuredly forward. 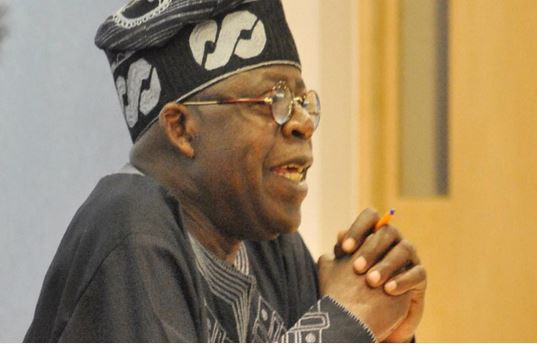 The All Progressives Congress, APC, National Leader, Asiwaju Bola Tinubu, has congratulated President Muhammadu Buhari over the affirmation of his reelection by the Supreme Court.

The Chief Justice of Nigeria, CJN, Tanko Mohammed in his judgment said, “We have examined all the briefs and exhibits for over two weeks.

“And we agreed that there is no merit in this appeal. The appeal is dismissed. Reasons to be given on a date to be announced.”

Reacting, in a statement he personally signed, Tinubu said “the rule of law conclusively affirmed the collective voice of the people by dismissing the petition filed by the Peoples Democratic Party (PDP) and their presidential candidate, former Vice President Atiku Abubakar. The sun rose high in the Nigeria sky today to shine its light over the entire land.”

He also commended PDP and Atiku “for the energetic electoral campaign they conducted and for their tenacious pursuit of what they believed was their legal remedies”.

According to him, the PDP and its former presidential candidate should channel the energy and intellect deployed in the electoral and legal processes toward joining APC “to move this nation more rapidly and assuredly forward.”

The statement entitled “Presidential Election: Supreme Court Affirms Will of The People” reads, “On February 23, the people tendered the foremost expression of their sovereign, democratic will by voting for the reelection of President Muhammadu Buhari. Today, the rule of law conclusively affirmed the collective voice of the people by dismissing the petition filed by the Peoples Democratic Party (PDP) and their presidential candidate, former Vice President Atiku Abubakar. The sun rose high in the Nigeria sky today to shine its light over the entire land.

“This decision and this day will be recorded as important milestones on Nigeria’s insuperable march toward perfecting democracy and the rule of law across our land. Democracy has been affirmed and strengthened. By its ruling, the Supreme Court also affirmed that the rule of law is paramount; that the law is to be applied objectively, without regard to fear, friend or foe. The law is the law. Nothing is to be added to it and nothing subtracted from it. No one should enjoy undue favor or suffer unjust prejudice from its application.

“I thus commend the Supreme Court for its expeditious and highly competent treatment of this important matter. In so doing, it undergirded its reputation as the highest court in the law and the ultimate guardian of the rule of law in our nation. By extension, I must recognize the vast majority of the judiciary for the impartial administration of justice in electoral and other matters. Improvements are still needed in some areas but we have come far and are faced in the right direction.

“I congratulate President Buhari and the entire APC on a well-deserved legal affirmation of a hard-won electoral victory. The victory is a result of the President’s hard work and of the trust the people have in him as a committed leader. With these electoral and legal victories now behind us, the APC must give due honor to the faith the people have reposed in us. They expect us to govern in a way that produces the shared prosperity and enlightened future they deserve. We must commit ourselves fully to this profound and august task.

“I must also give due respect to the PDP and former VP Atiku for the energetic electoral campaign they conducted and for their tenacious pursuit of what they believed was their legal remedies. Although they lost at the polls, they did not seek to overturn the system. Instead, they respected the system that had so often decided in their favor in previous elections and judicial proceedings.

“They behaved like good democrats by seeking redress through the courts as is their right. This was the legal and moral thing to do. Although we are political opponents, I must commend them for following the pathways of democracy and peaceful, legal resolution of their grievances. This is as it ought to be. In an election there can only be one winner. By conducting themselves as they have, the PDP may not have gained the verdict they wanted in court.

“However, the verdict of history will be that their comportment thus far has helped strengthen our political democracy and its legal safeguards. I pray that they recognize the importance of this and that this service to the nation provides them a degree of solace going forward. I ask them to now channel the formidable energy and intellect they deployed in the electoral and legal processes toward joining with us, to the extent possible, to move this nation more rapidly and assuredly forward. As I stated before, I know the magnanimity of President Buhari. His hand is extended to them in friendship and cooperation. For the good of the nation, I urge them to take it.

“Most importantly, it is fitting to commend the people of Nigeria. You are a law-abiding and good people. You voted in peace and good faith and you awaited the judicial process in like manner. You expect nothing from government but what it ought to do for you. You are the backbone and best hope of our land. President Buhari and the APC shall work for your benefit and on your behalf in order to realize our common dream of a better nation.

“Today we moved a step closer to that dream.”