The EFCC boss, Ibrahim Magu has opened up on what the arrest of suspected fraudster, Mompha and his Lebanese associate mean to the agency. 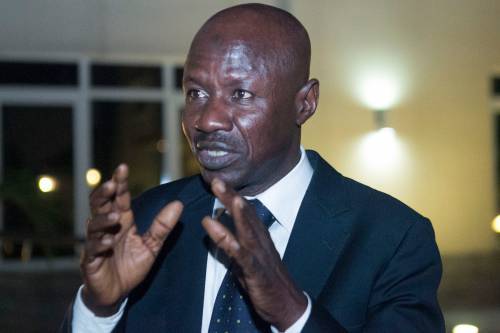 The Acting Chairman of the EFCC, Ibrahim Magu, has described the recent arrest of an internet fraudster, Ismaila Mustapha, also known as Mompha and his Lebanese accomplice, Hamza Koudeih, as a landmark achievement in the sustained fight against internet-related frauds and money laundering in the country, PM News reports.

Magu said the arrest of Mompha and Hamza by operatives of the EFCC, bore testimony to the commitment of the Commission to the fight against internet-related frauds,.

He added that “it is also a red alert to potential internet fraudsters.”

Speaking during an interactive session with stakeholders at the Lagos Zonal office of the Commission on Thursday, Magu said actionable intelligence received from local and international law enforcement agencies had revealed that the suspects, alongside their collaborators, were high-valued targets in Organized Cyber Syndicate Network, OCSN.

According to him, “the recent arrests of a social media celebrity, Ismaila Mustapha, popularly known as Mompha, and his Lebanese collaborator, Hamza Koudeih, for their alleged involvement in internet-related fraud and money laundering remain a landmark achievement of the EFCC.

“I make bold to tell you that these arrests have further confirmed our commitment to the anti-graft war, while also sending a red alert to potential internet fraudsters.

“I am sure you will be greatly shocked to know that five wristwatches valued at over N60million were recovered from the suspected internet fraudster, Mompha, at the point of arrest.

“Investigation has also revealed that he operates 51 bank accounts in Nigeria with which he acquires properties in Dubai and had laundered about N14billion through a firm known as Ismalob Global Investments Limited.

“His accomplice, Koudeih, also has two firms namely: THK Services Limited and CHK properties Limited with which he has allegedly laundered about N19billion. 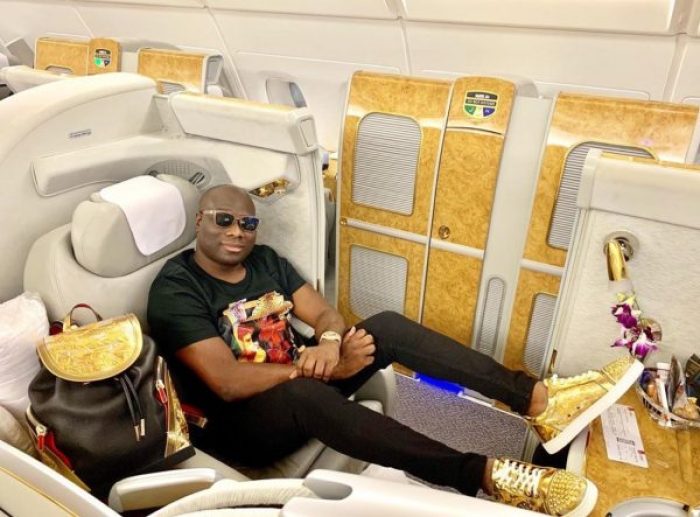 The EFCC Chair also stated that the Commission had begun forensic analysis of the phones, documents and “strange” items recovered from both suspects.

“They will be charged to court accordingly as soon as investigation is concluded,” he added.

Magu also emphasized the fact that the Commission, prior to the arrests of both Mompha and Koudeih, had independently launched intensive investigative actions against the Internet fraudsters, popularly known as Yahoo Yahoo Boys, culminating in various strategic raids on their hideouts.

He further stated that the Commission had embarked on the raids even before the recently concluded collaborative operation with the Federal Bureau of Investigation, FBI, tagged Operation Rewired- an international operation targeted at the Business Email Compromise, BEC, suspects across the world.

Magu added that “From January to date, the Lagos office of EFCC has made over 300 arrests, secured 207 convictions and recovered a good number of exotic cars. In addition, several properties suspected to have been acquired through the proceeds of crime were sealed.”

He, therefore, charged the media to join hands with the Commission in sensitizing the members of the public about the evil of internet frauds as well as economic and financial crimes.

Magu, who described media professionals as critical stakeholders in the anti-graft war, said: “We must collectively strive to achieve the Nigeria of our dream, one that our children and even generations unborn will be proud of.

“it is very critical for you to understand that you owe the youths that social responsibility of awakening their consciousness to the importance of a noble life devoid of crimes.

“We must continue to mentor our youths and impress it on them to shun crimes and its alluring temptation because it will always end in sorrow and regrets.

“For us, there will be no hiding place for fraudsters as the Commission will hunt and bring any errant and criminally-minded persons to justice. “

Magu also used the occasion to disclose that the Commission might soon put in place a policy of rehabilitating convicted internet fraudsters so that they could deploy “their computer wizardry to good use for the overall well-being of the society.”

He further disclosed to the stakeholders that the EFCC would commence the auctioning of recovered items soon, adding that the commission wants to ensure there is transparency in the process of auctioning the items.

“We have already commenced the process in Port Harcourt, where we will be auctioning 242 trucks that have been forfeited. We have so many recovered items that have been forfeited to the Federal Government that are waiting to be auctioned. The process should be properly coordinated in compliance with judgment given by the court and that is why we have taken so much time”.

Magu urged the stakeholders to join the EFCC in the fight against corruption by using their platform to expose the criminals and not promote them.
Top Stories