Fresh Update On BBNaija's Khafi As She Returns To The UK


Serving police officer Khafi Kareem was accused of having s*x on the popular reality show - after defying bosses orders to not go. 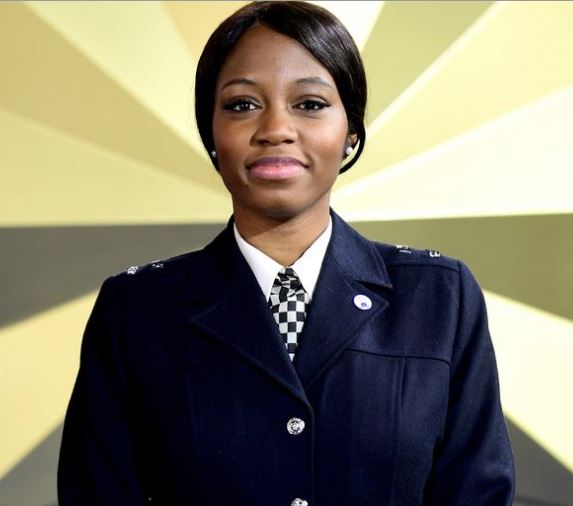 A Met Police 'poster girl' who defied bosses by appearing on Nigeria's Big Brother after being refused permission has finally returned to the UK.

Khafi Kareem, 29, was evicted from the show on September 15 but remained abroad until last Friday where she continued to boost her 'celebrity' profile.

Within hours of touching down back in the UK Khafi was attending a meet and greet for fans in Lewisham.

Khafi defied orders by taking part in the popular show after she was warned not to do so - and shocked viewers after allegedly appearing to have sex on TV.

She will now learn whether she faces a misconduct hearing following talks with Met top brass in the coming weeks.

In an interview following her eviction she told Legit website: “No action has been taken by the Met Police authorities yet. In fact, they are waiting for me to come back to work.

“I will travel back to the United Kingdom soon and we would talk about all these things.”

Now Scotland Yard has said they are still waiting for the conclusion of an investigation by the Met's directorate of professional standards.

In the meantime, police say she is still a serving police officer.

In an instagram video posted moments after leaving the house she told her fans, dubbed 'Khafinators': "I'm so excited coming out and seeing you guys, it has been amazing.

Since leaving the shoe, the PC has posted several updates about her life on social media.

In a YouTube video released after her eviction, Miss Kareem told viewers that she felt “happy.”

On Instagram , she has accumulated 700,000 followers on her verified profile where she often uses the hashtag #acupofkhafi.

And she announced on October 15 that she had joined The Temple Management company which represents a range of African celebrities. In the post, she said: “Guys I can finally break my silence!! I am so pleased to announce that I have joined @thetemplecompany family!!!

“When I say that every dream is valid, I truly believe it and I believe it for all of us!! The sky isn't the limit, it's the starting point!!”

On Instagram, Khafi announced her plans to co-host the The Future Awards Africa 2019 in Lagos, Nigeria, in November.

She said she was “honoured” to be a part of the prestigious event, which has been described by Forbes as “Nigeria’s most important awards.”

During the show, Khafi shocked viewers when she appeared to romp with businessman Ekpata Gedoni, 31, under the sheets, which she denied.

Before entering the show, the police officer had said that she would consider quitting the Big Brother House if she was "forced to do something sexual."

In promotional material, Khafi was featured in her police uniform, and described as a talented dancer.

Her bio said: "Police officer Khafi Kareem believes that you can have it all if you believe in yourself.

“She is not only hoping to win the prize money but she wants the exposure that being in Big Brother Naija House brings so that she can do societal good."

And she told how she would spend the prize money reportedly worth 30 million naira (£ 68,000), on hosting a travel show in Nigeria and investing in charitable causes.

During her time on the show, an unnamed colleague told The Sun: "She's a serving British police officer - it's outrageous.

"She asked permission to go on the show but, when her request was refused, she went anyway."

At the time, a Met Police spokesman said: "A PC, attached to the Met’s transformation command, requested permission to take part in a reality television entertainment show in Nigeria. Permission was not given.

"The officer subsequently appeared on the show without authority.

"The Directorate of Professional Standards was informed and are carrying out an investigation into the circumstances.

"Prior to the refused request in relation to the show, the officer had asked for a period of unpaid leave for an unrelated reason. This was authorised.

"The Met did not support the officer’s appearance nor did she represent the Met whilst appearing on the show."

Khafi appeared on the show from June 30 to September 15 after getting evicted in week 11.

According to the Sun, PC Kareem joined the force full-time in 2015, based at Lambeth station in 2015, having worked part-time as a special constable for four years.

The high-flying recruit, who speaks French, Italian and her native Yoruba, reportedly worked as a 'spotter' at airports, looking for possible victims of female genital mutilation.

At the time, she told how she joined the force in a bid to improve life on her London housing estate.

She said: "I figured it's best to change things from the inside out. Instead of just shouting, complaining about things, it's better to do something about it."

Speaking about PC Kareem's return to the UK a Metropolitan Police spokesman said: “We cannot speculate on whether there will be a misconduct hearing, we need to wait for the conclusion of the DPS investigation.

“She remains a serving Met officer.”