There Are People Trying To Kidnap And Kill Me - Governor Ortom


He said this during a Special Thanksgiving Service organised in his honour by the Independent Print-Media Publishers Association of Nigeria. 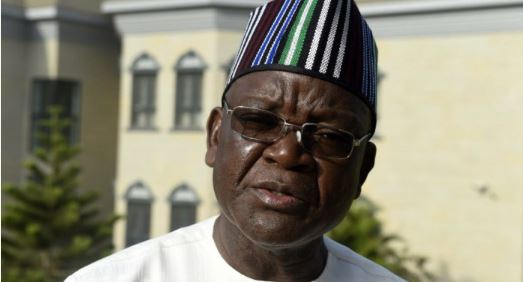 Gov Samuel Ortom of Benue alleged on Sunday in Makurdi that he once heard that some people are planning to kill his security aides, kidnap him and dismember his body parts by parts until he dies.

Ortom who prayed against this also stated that he had dismantled all negative tendencies often believed to deter progress in the Government House and the state.

He said this during a Special Thanksgiving Service organised in his honour by the Independent Print-Media Publishers Association of Nigeria (IPPAN), at the Chapel of Grace, Government House, Makurdi.

“Since my arrival, I have dedicated a special time on daily basis to be with God because He works in miraculous ways; those working against me are wasting their time and will never succeed.

“I have dismantled the devils in Benue Government House; they cannot come near us again. The devil does not have a place in our government house again.

“I am not afraid of any human being. I once heard that some people are planning to kill my security aides, kidnap me and dismember me parts by parts until I die, but I have told them that God will not allow that to happen.

“I have brought myself close to God; there is no turning back. When people plan against me, l will always floor them because God is with me,” he said.

Ortom appealed to Benue people to exercise patience and judge his performance at the end of his second term, pointing out that he had already executed projects and policies that would benefit generations yet unborn.

“We are laying foundations that generations yet unborn will benefit. We appreciate what we have done so far; we are not rushing into making policies, we are taking our time.

“Even now, we have done series of projects, carried out an amnesty programme and implemented the anti-open grazing law. In Benue, herdsmen must obey the law and nobody is above the law,” he said.