The Appeal Court described the judgment by the tribunal where they ordered for a rerun election as a judgement based on mere allegations. 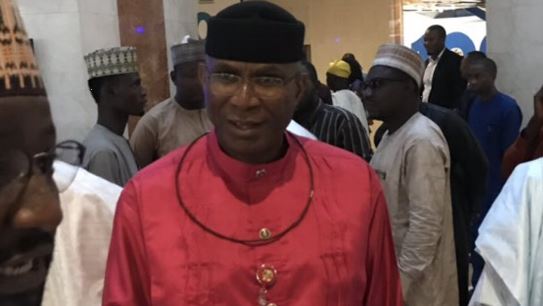 The appeal court sitting in Benin city, on Monday upheld the victory of the Deputy Senate President, Sen. Ovie Omo-Agege against the petition filed by Evelyn Oboro of the Peoples Democratic Party, PDP, for lack of merit.

A unanimous judgement by the three-man panel led by Jaro Adamu set aside the claims by the petitioner and her party as it concerns Delta central senatorial district.

They said having studied very carefully the petition by the applicants against the respondent, they came to the submission that the petition lacked merit and therefore set aside.

Counsel to the Deputy senate president, Selekeowe Larry, SAN, while speaking to newsmen said, the judgment by the Appeal Court has further rekindled the hope of the common man who may want to seek legal redress anytime, anyway.

Meanwhile, the Appeal Court also dismissed the petition of the former governor of Delta State, Emmanuel Uduaghan against Senator James Manager as it relates to Delta South Senatorial district.

The tribunal in Asaba, Delta State had in September, in a judgment delivered by Justice O. O Onyeabo ordered INEC to immediately withdraw the certificate of return, issued to Sen. James Manager with a view to conducting a rerun election owning to the claim by the Petitioner Emmanuel Uduaghan which he alleged over voting.

But the Appeal Court described the judgment by the tribunal where they ordered for a rerun election as a judgement based on mere allegations.