Opening a can of warms, the Presidency has alleged that past presidents demanded kick-backs before awarding contractors. 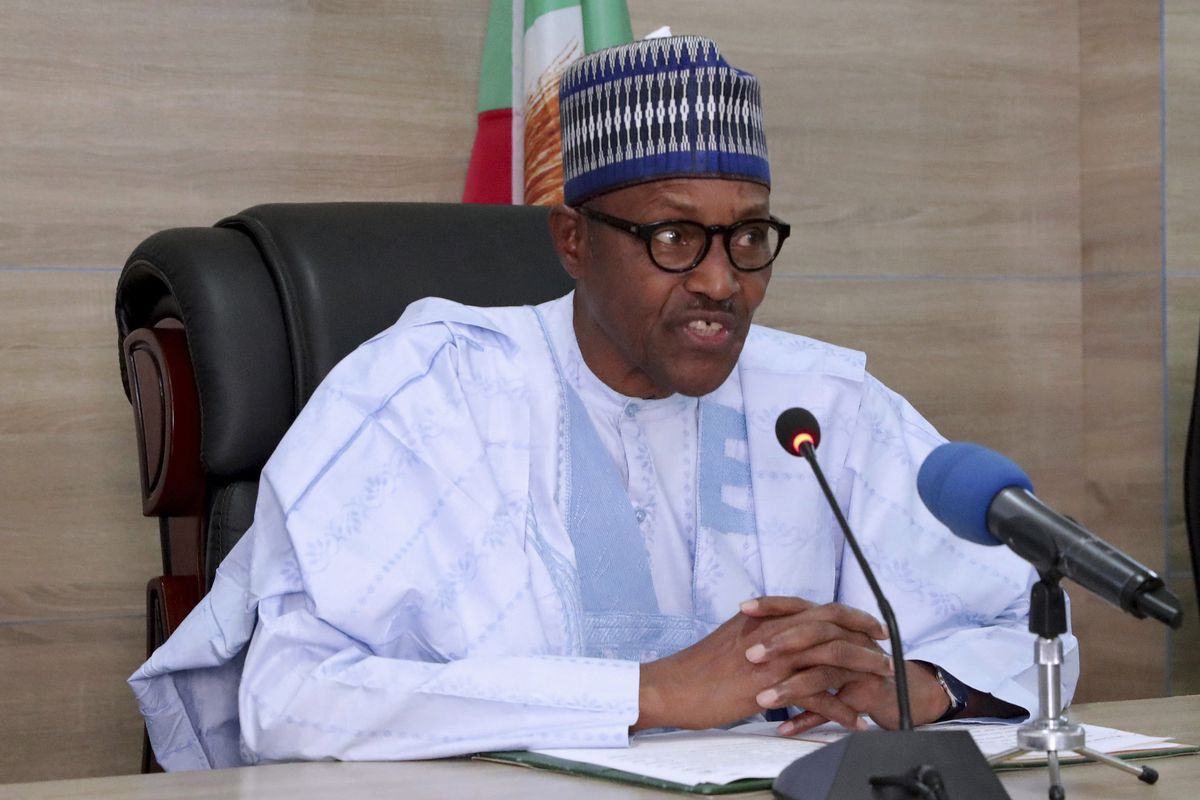 The Presidency yesterday carpeted past presidents of the country who, it alleged, demanded tips before awarding contracts.

It also took a swipe at critics that have condemned President Muhammadu Buhari’s alleged frequent foreign trips, declaring that the President could govern the country from anywhere, saying the overseas trips have yielded a lot of advantages to the country.

In what was titled, “President Buhari’s active diplomacy is a big plus, not a problem,” Senior Special Assistant to the President on Media and Publicity, Mallam Garba Shehu, noted that unlike past leaders who demanded kick-backs before awarding contracts, the President has abolished the old ways of doing things.

He said: “For one thing, President Buhari’s travels have not been excessive by the standards of this country’s past leaders and those of his counterparts in other countries. Given advances in modern travel and technology, a leader can maintain communication and govern from the air, on the road or at sea.

“Given the advances made with satellite feeds, a leader needs not to be tied to his desk to make important decisions. The days of frequent travels by leaders is the new norm, it is not something that will go away, no matter the volume of crocodile tears shed by a critical opposition.

“Roughly three years ago, President Muhammadu Buhari visited the Kingdom of Morocco. He asked King Mohammed VI to give Nigeria from their rich phosphate mineral so that fertilizer can be produced here at home for the teeming farming population. Agreement reached, President Buhari set up a Presidential Fertiliser Initiative in his office.

“Three years down the road, 24 moribund blending plants are now working, providing 100,000 direct and indirect new jobs to Nigerians. The cost of fertilizer is down by more than 50 percent. Nigeria makes a saving of USD200 million used for its annual import and a further N60 billion in budgeted annual subsidy.

“Nigeria wanted to build a power plant at Mambilla in the North-east. The plant design had been made in 1959, a year before independence. We have dreams of modernizing our railway system because, without power and railroad, national development will continue to be a pipe dream.

“In planning for his trip to Beijing for a meeting with President Xi Jinping, President Buhari rightfully chose to prioritize his requests, put Lagos-Kano railway and Mambilla power plant on top: President Xi’s word is the silver bullet. Today, China is giving these projects together with the finance and many more.

“On the recent trip to Russia, President Buhari had a wish list that included railways, power projects and military procurements. He had a wish to get the Russians who own the Aluminum smelter plant, built at a whopping USD4 billion to operationalize it; Ajaokuta Steel plant built at a similar cost, with 20,000 engineers trained to operate it, many of whom are now dead from hunger and lack of engagement is another 40 year-old problem.

“To these and others, President Putin held the keys to the solutions. President Buhari asked, and he was given. It will take volumes of books to document the achievements of these trips.”

Shehu’s reaction, was a result of the bashing on the President in the media, including the social media blogs and jokes, through funny cartoons.

He said: “Channels Television, last night, confronted me with a litany of countries the President visited this year and the number of days he spent abroad. The mistaken opinion among many is that the President spends too much time abroad and this is affecting his domestic responsibilities.

“The reality is very different. The success of the visits to Morocco, China and Russia reported here represent just a fraction of the achievements recorded. Many countries and major corporations have listened to our leaders and agreed to come here and put their money in the economy in win-win deals.

“In the last few years, global giants like Siemens, Toyota, Hyundai, General Electric (GE), among others, are talking to Nigeria about their commitment to investing billions of dollars through manufacturing and other forms of Foreign Direct Investment.

“Add these to the many Chinese companies that are involved with us in the construction of railways, roads, airports and power plants. These Chinese engagements are coming, complete with succession plans in which thousands of Nigerians are being trained over there, to ultimately manage the new projects.

“Other global giants are talking to the government at the centre and the states, with declared interests in projects like highways, metro rail networks, roads, railways and investment in the clusters of manufacturing hubs, the Special Economic Zones, in each of the geopolitical zones.

“In the coming years, the Qatari and Saudi sovereign wealth funds, the Russians and the Americans, among the world’s richest, are working with Nigeria towards investments in oil and gas and other infrastructure.

“President Buhari’s strategy of selling Nigeria’s infrastructure priorities to countries with economic clout is paying off handsomely and is in reality, doing Nigeria proud by tackling the gaps in infrastructure deficit.

“The records of some of his predecessors in office bespeak a greedy trail. When they go abroad they first ask: what is in it for me? What is there for my family? President Buhari is different. Understood correctly, he is an opportunity manager who knows the worth of person to person contact in a working relationship.

“Given the possibilities of economic development and job creation, no sensible critic will ever say that there is anything wrong with this government’s efforts at attracting foreign investment

“The problem many of the critics have is that they are more interested in scoring cheap headlines and generating a gossip on social media. Many in the opposition are a frustrated lot. We understand that when they express their frustrations, they become happy.

“In today’s interconnected world, international engagements of nations are calendared in specified times of the year. No nation will fail to take advantage of the important international gatherings to make their views known and express their concerns.

“ Not many leaders will ignore invitations to the meeting of the United Nations General Assembly, the Commonwealth, the African Union or that of Economic Community of West African States, ECOWAS.

‘’The attendance at these meetings is not mandatory. But it is an established norm, the absence from which, by an important country like Nigeria, will obviously be an issue of its own.

“Finally, to all those who say these visits must bring quick, tangible returns. Yes, quick returns are possible as we have with fertilizer. The breaking of the age long fertilizer jinx by the Buhari administration has brought good fortune to the farmers who now produce about all that is needed to feed the nation.

“The achievement by the Buhari administration on food self-sufficiency is the real independence after flag independence. So too for the President, who handsomely won the February 23 election with a margin of four million votes, most of it cast in his favour by farmers in full appreciation of his policies. ‘’This is clear evidence that facts and results, not social media following, convince voters when it comes to making choices.

“But it is equally important that Nigerians accept the fact that, although active diplomacy as pursued by President Buhari fetches instant results, there are many instances where results take months, sometimes years to manifest.”