Moyo Lawal Speaks Against Marriage Being 'The Golden Ticket'


Giving reasons, she stated that a lot of people in marriage are still having extra-marital affairs. 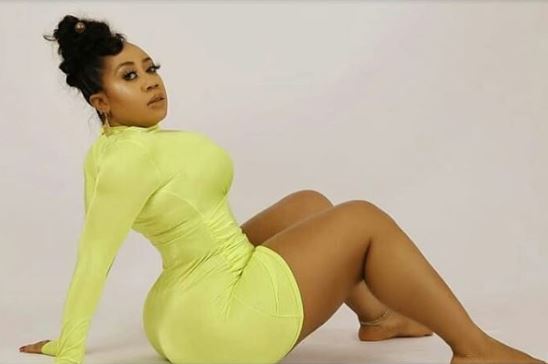 Actress Moyo Lawal has reacted to criticisms of her lifestyle on social media by revealing why she’s better of than most people in marriage.

According to Moyo Lawal, marriage is not the golden ticket as widely believed. Giving reasons, she stated that most people in marriage are still having extra-marital affairs.

”If truly marriage is the Golden ticket (the overall End) that you people preach ….. ….. Why do we have so many broken homes ? So many love children gotten from married people?”

She added that those who don’t expose body parts like she does are actually the ones who sleep around.

”I know , it is really annoying that someone who plays and exposes her body as much as I do ,actually has discipline and morals where it really matters(meanwhile the ones that don’t even show cleavage , any small thing , they have off pant sorry ) ,but , hey it is just what it is …… ……… ……… ……….. p.s Don’t worry , I will soon join you people , being good is boring”

In other news, Moyo Lawal has stated that she has never been left by a boyfriend. The actress took to social media with a post which reads:

”I have never had a boyfriend who left me …… does that give me a bragging right (even if he walks away in anger , he will still walk back to beg ) ….. …….. …. p.s I have just never been able to forgive a wrong done … …… #ThatConcreteRose #Moyoorfierce #ML”