The businessman told guests that they should not just allow government to do everything as even government had a lot of challenges. 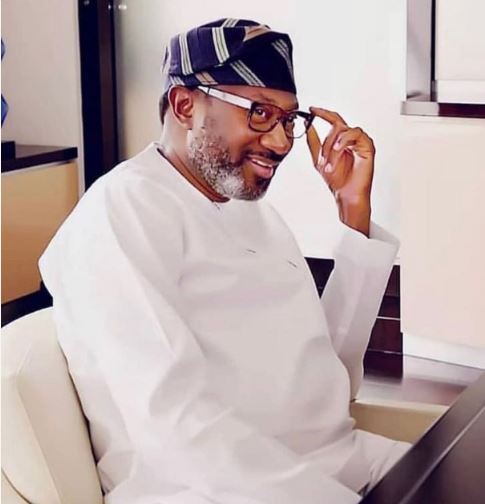 Business mogul, Femi Otedola, has donated the sum of N5bn to the Cuppy Foundation, a philanthropic project of his daughter, Florence Otedola, popularly known as DJ Cuppy.
Mr Otedola, who was represented by another one of his daughters, Tolani, made the announcement during the ‘Gold Gala’, an event by his daughter at Transcorp Hilton Hotel, Abuja, on Sunday evening, to a standing ovation from guests in attendance.
Tolani said, “My father, Mr Femi Otedola, has been at the forefront of supporting worthy causes. It is in this spirit that he will be donating the sum of N5bn to the children of Borno, Adamawa and Katsina through Save the Children.”
Among the guests were Vice-President Yemi Osinbajo; CEO, Save the Children, UK, Kevin Watkins; Mr Femi Otedola; entrepreneur, Hajia Bola Shagaya; Ambassador Babagana Kingibe; and Minister of Industry, Trade and Investment, Niyi Adebayo.
They also included the Senator Gabriel Suswam, Representative of Senate President, Ahmad Lawan; Minister of State for Transport, Gbemisola Saraki; National Chairman of the All Progressives Congress, Adams Oshiomhole; Alhaji Aliko Dangote; and his daughter Hajia Halima Dangote.
Others were Minister of Women Affairs, Dame Paulen Tallen; former Governor of Borno State, Gen Buba Marwa; Group CEO, Oando Plc, Wale Tinubu; Governor of Lagos State, Babajide Sanwo-Olu; Governor of Ogun State, Dapo Abiodun; and Governor of Borno State, Babagana Zulum.
Cuppy’s godfather, Dangote, who is the owner of the Dangote Group, also made a donation of N100m.
The businessman told guests that they should not just allow government to do everything as even government had “a lot of challenges.”
Dangote said, “To whom much is given much is expected. It gives me great pleasure to be here supporting my brother, Femi, making this kind of big donation. I believe we need more Nigerians to have big hearts to give back to the needy.
“People find it very difficult in Nigeria to give money away but the more you give the more God blesses you. Femi, you are no more a rich man. You have joined the league of wealthy men. I have said I will give more of my money when I pass away.
“To Cuppy, I must congratulate you for having a big heart to visit those children in Borno. She spent about four days with them playing with them. In the light of this, I am making a donation of N100m.”
The young philanthropist, who is also an ambassador of the Save the Children UK, a non-governmental organisation, said her foundation, which was launched in August 2018, was inspired by a trip to Maiduguri, Borno State.
According to Miss Otedola, she started the foundation as a way of giving back to the less fortunate.
She said, “Becoming an ambassador for Save the Children has exposed me to so many children around the world.
”I was able to visit Save the Children in Maiduguri with the help of my godfather Alhaji Aliko Dangote.”
Osinbajo, in his address, told the guests that the event must refocus their minds on caring for the poor and malnourished especially in Nigeria.
According to the Vice President, in 2015, Buhari proposed the “largest social investment programme in Africa” of about N500bn annually.
He added, “Yet we are far from where we ought to be. It is obvious that government cannot do it alone. So, we don’t (all) need to be billionaires (to do our part). It is time for every one of us to decide that we can make a difference to ensure that the poor and vulnerable are given a decent life.”
Source: Punch
Top Stories