A disagreement between two brothers has left one dead, leaving many people in Onitsha shocked. 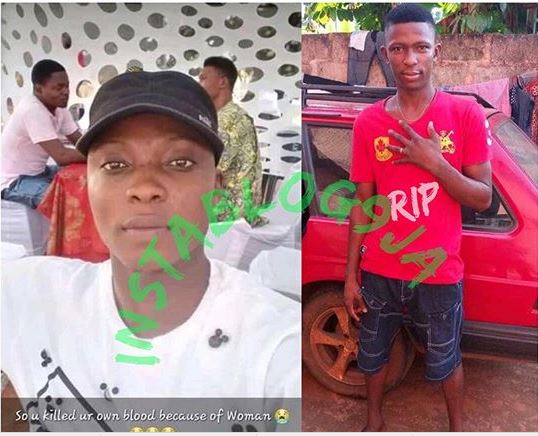 Uzor killed his brother, Emeka over a girl
A Nigerian man, identified as Uzor has reportedly fled after stabbing his younger brother, Emeka to death for allegedly disrespecting his girlfriend in Onitsha, Anambra State.
It was gathered that Uzor’s girlfriend had reported Emeka to his elder brother that he was insulting and disrespecting her.
This triggered a fight between the brothers.
At a point, Uzor went to get a dagger and started chasing Emeka, with a threat to kill him.
Before people could intervene, he made good the threat by stabbing his brother to death. After that, he fled. 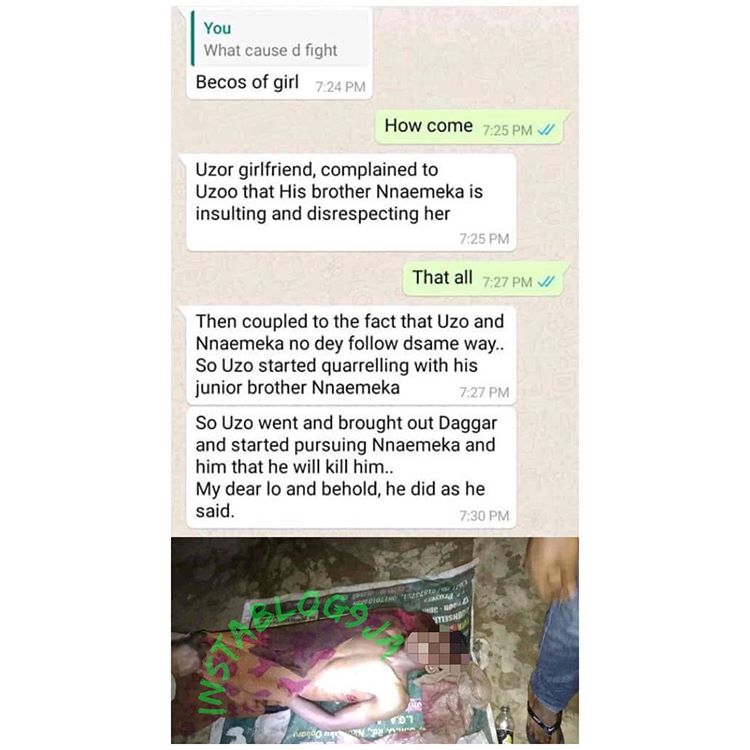