Recall that the party had earlier suspended its national chairman, Adams Oshiomhole. 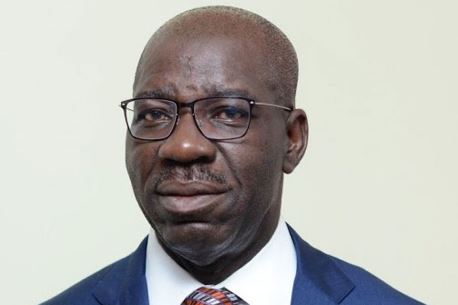 Another faction of the Edo State chapter of the All Progressives Congress, APC, has suspended the state Governor, Godwin Obaseki and his deputy, Philip Shuaibu.

Leaders of APC in the state also suspended the Secretary to the State Government, Osarodion Ogie for alleged anti-party activities.

Their suspension was disclosed by a chieftain of the party, Mr. Patrick Ikhariale while briefing journalists in Benin City, Vanguard reports.

Recall that the party had earlier suspended its national chairman, Adams Oshiomhole.

The State chairman, Anselm Ojezua, who made this known in a statement on Tuesday night said Oshiomhole‘s suspension followed the vote of no confidence passed on him by the chairmen of the APC in the 18 local government areas (LGAs) of the state.

Oshiomhole and his successor, Obaseki have been at each other’s ‘neck’ for some time now.