Breaking News: We Are Ready To Release Sowore - DSS


The Department of State Services has said it is ready to release Omoyele Sowore from its custody. 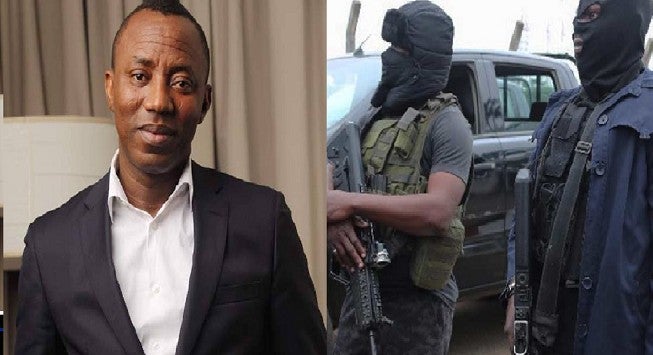 According to TheCable, the Department of State Services (DSS) says it is ready to release Omoyele Sowore, convener of RevolutionNow Movement.

Sowore was arrested in Lagos on August 3 and subsequently flown to Abuja where he has been detained.

A federal high court in Abuja had granted him bail but the activist is yet to regain freedom even after fulfilling his bail conditions.

This had prompted a nationwide outrage and protest at the headquarters of the agency. There were reports of assault on the protesters on Tuesday.

But reacting in a statement on Wednesday, Peter Afunanya, spokesman of the DSS, said operatives of the agency, did not open fire on protesters but prevented those who wanted to forcefully break into the agency to release Sowore.

“The DSS wishes to state that its operatives did not open fire on alleged protesters who had stormed its facility on 12th November, 2019,” he said.

“As a normal global security practice, the operatives stood in defence of their facility when some group of persons made unruly attempts to forcefully break into the place and effect the release of Omoloye SOWORE.

“Despite serial and unwarranted provocations, the Service, as a professional and responsible Organisation, did not shoot at the so called protesters. It could not have done so.

“For emphasis, the Service reiterates its avowed readiness to release SOWORE once the processes are concluded. It maintains that the appropriate persons have still not turned up to take delivery of SOWORE.”