Police operatives earlier arrested the platform's webmaster in Lagos and Gidado Yushau in Abuja before taking them to Ilorin for further questioning. 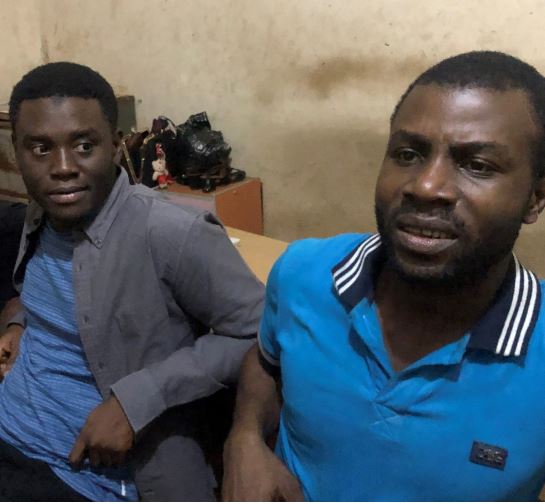 The Nigeria Police Force has arraigned the Editor of NewsDigest, an Abuja-based online newspaper, Gidado Yushau and a student journalist, Alfred Olufemi before a magistrate court in Ilorin Metropolis.

They were arraigned on Tuesday following a petition from a company allegedly owned by the just appointed Special Adviser to President Muhammadu Buhari on Finance and Economy, Dr. Sarah Alade over a report on hemp smoking published on 19 May, 2018.

The investigative report titled: “Inside Kwara factory where Indian hemp smoking is ‘legalized,” was authored by Olufemi.

According to the report, Hillcrest Agro-Allied Industry, one of the groups of companies allegedly owned by Alade, a former Deputy Governor of Central Bank of Nigeria (CBN), tolerated the smoking of cigarettes, as well as Indian hemp by workers within its vicinity.

The report also stated that the industry refused to respond to Olufemi’s inquiry on the disturbing situation after he had put several calls and text messages to the industry’s hotlines.

Police operatives earlier arrested the platform’s webmaster, Adebowale Adekoya in Lagos and Gidado Yushau in Abuja before taking them to Ilorin for further questioning.

Olufemi later voluntarily submitted himself to the police in Ilorin.

On Tuesday, the two defendants (Gidado and Alfred) were charged with Criminal conspiracy and defamation against Sections 97 and 192 of the penal code.

The First Information Report (FIR) obtained by PRNigeria averred that the two defendants “criminally conspired to tarnish the name and image of Hillcrest Agro-Allied Industries.”

Both Messrs Shuaib and Olufemi pleaded not guilty before a Magistrate Court in Ilorin Metropolis.

Following the bail application made by the defence counsel, Barrister Usman Kola Belgore, the Chief Magistrate of the Court, Magistrate A.O Muhammed released the defendants on grounds of recognition and that they are innocent until proven otherwise.

The conditions of bail include two sureties each who are relatives of the defendants with a bail bond of two hundred thousand Naira (N200,000.00).

The case was adjourned for hearing on January 13.