How A Girl Stole My Blood Brother From Me


This young lady is presently worried over the relationship her brother is having with a girl who seems to have taken control of him.

Despite infecting him with sexually transmitted diseases, he has refused to call it quit. He claims to be very much in love with her despite the stance of his family members.

His troubled sister has taken to the social media space to seek the help of the followers of a relationship adviser, Joro Olumofin.

She feels her brother might be under some spell cast on him by the lady. Read her full story below: 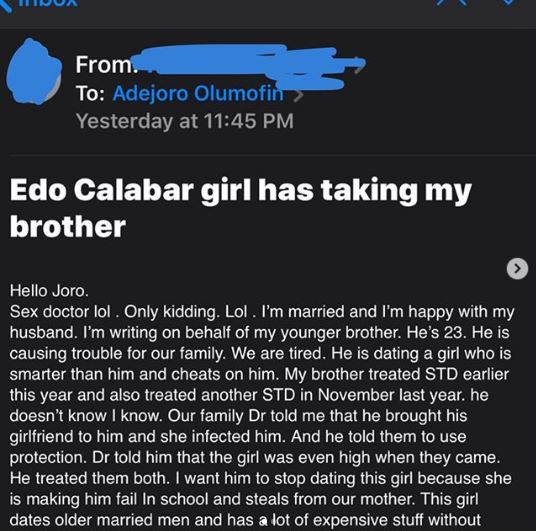 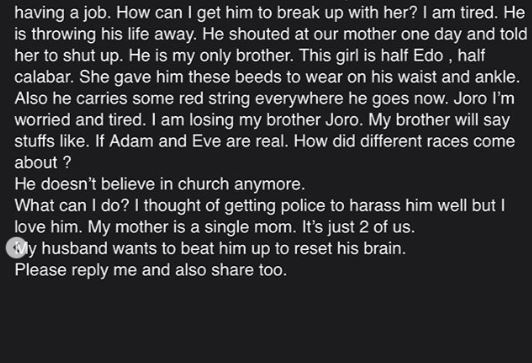