Six Things You Should Know About Yahaya Bello, The Re-Elected Kogi Governor


These are certain things you should know about Yahaya Bello, the just re-elected Kogi state governor. 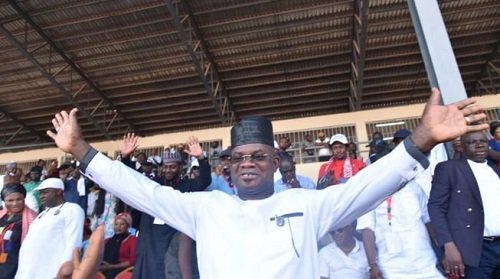 Bello scored a total of 406,222 votes to defeat his closest rival and candidate of the PDP, Engr Musa Wada who polled a total of 189,704 votes.

Here are six things you should know about Bello

2. He was the youngest of six children of his family. He attended LGEA primary school, Agassa in Okene local government in 1984.

4. Bello studied at Kaduna state polytechnic, Zaria in 1995 and obtained an Accounting degree from Ahmadu Bello University ABU Zaria in 1999.

5. He further enrolled for a master’s programme in Ahmadu Bello University in Zaria where he obtained a Master’s in Business Administration (MBA) in 2002. He became a chartered fellow of the Association of National Accountants of Nigeria in 2004.

6. Bello was declared winner of the 2015 Kogi gubernatorial election after he was chosen on the platform of the APC as the replacement for the late Abubakar Audu who originally won the election but died before the result was declared.