Ex-banker And Wife Jailed For Money Laundering In Lagos


A couple have been arraigned in court and remanded at a correctional centre in Lagos for money laundering offences. 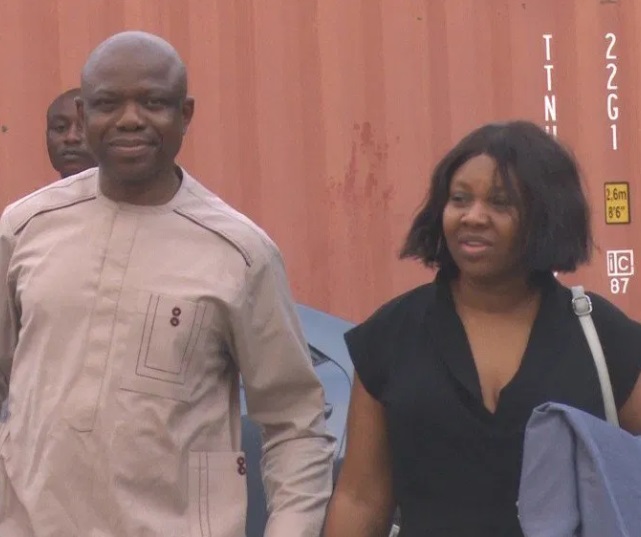 Ovuomarhoni Naomi Isioro and her husband, Rowley Isioro, a former Assistant General Manager with one of the first generation banks were docked on Tuesday, November 18th by the EFCC for money laundering offences.

At the end of proceedings, they were sent to a correctional centre in Lagos until 10 December, when the court will hear their bail application.

The Isioros and their companies, Multaid Plus Limited and Global Investment Network are facing a a seven-count charge bordering on conspiracy to commit felony, receiving fraudulently obtained property, transfer of criminal proceed to nominee and money laundering to the tune of $975,424.

Their trial is before Justice Mojisola Dada of the Special Offences Court sitting in Ikeja, Lagos. The defendants allegedly received monies suspected to be proceeds of illegal activities of one Michael Uziewe (at large) who was based in the United States of America with the aim of assisting him launder the funds in Nigeria.

The defendants were said to have used the accounts of their companies domiciled in the bank where the second defendant, Rowley Isioro was an Assistant General Manager to launder the funds for Michael Uziewe. Both defendants pleaded not guilty to the charge preferred against them by the EFCC.

One of the counts reads: “That you Ovuomarhoni Naomi Isidoro, Rowley Isioro, Marhoni General Services Limited, Multaid Plus Limited, Michael Uziewe (at large) and Global Investment Network sometime in 2016, at Lagos within the jurisdiction of this Honourable Court conspired amongst yourselves to launder money which represents proceeds of illegal activities of Michael Uziewe in the United States of America.”

Another charge reads: ”That you Ovuomarhoni Naomi Isidoro, Rowley Isioro, Marhoni General Services Limited, Multaid Plus Limited, Michael Uziewe (at large) and Global Investment Network sometime in 2017 at Lagos within the jurisdiction of this Honourable Court laundered an aggregate sum of $975,424 on behalf of Michael O. Uziewe (at large) and Global Investment Network through your bank accounts in order to disguise the origin of the money which represents proceeds of illegal activities of Michael O. Uziewe in the United States of America.”

Upon their pleas, prosecution counsel, M.A. Bashir asked the court for a trial date and to remand the couple in a Correctional Centre. The counsel to the defendants, Sam Imoisini informed the court that he had filed applications for bail of his clients, and served the prosecution.

Justice Dada adjourned the case till December 10, 2019 for hearing of bail application and ordered the remand of the couple at the Correctional Centre pending the determination of their bail applications.