Dutch authorities found 25 migrants, headed to the UK and stowed away in a refrigerated container on a cargo ferry bound for Britain shortly after it left the Netherlands. 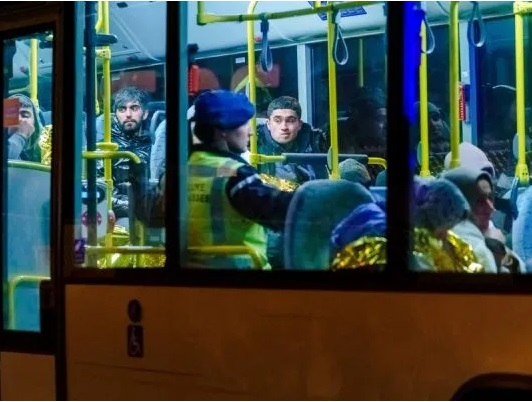 UK-bound migrants found inside a refrigerated container in Holland

On Tuesday, November 19th, Dutch authorities found 25 migrants, UK bound, stowed away in a refrigerated container on a cargo ferry bound for Britain shortly after it left the Netherlands.

The vessel quickly returned to the Dutch port of Vlaardingen, emergency services said. Two of the migrants were taken to hospital for treatment while the other 23 received a medical check-up in the port before being taken away by police for processing, according to a statement posted on the website of regional emergency services.

The origins of the migrants is not known, and images of the stowaways being led to buses show mainly young men. Authorities found the migrants in the refrigerated container on a truck aboard the ferry, the statement said.

Police told Dutch national broadcaster NOS that they had detained the driver and he was being questioned over his possible involvement in human trafficking. The migrants were aboard a Britannia Seaways ferry owned by Danish operator DFDS (DFDS.CO) that had just embarked on a run across the North Sea to Felixstowe in southern England.

Recall that on October 23, 39 bodies, all believed to be Vietnamese migrants, were discovered in the back of a refrigerated truck near London. Two people have been charged in Britain and eight in Vietnam over the deaths. The container in which the bodies were found had arrived on a ferry from Zeebrugge in Belgium. 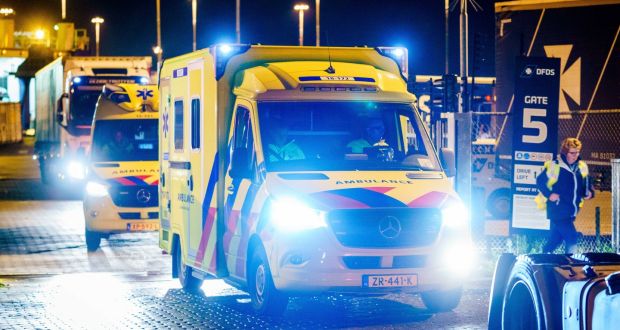