A construction worker has narrowly cheated death after getting impaled by metal rod which went through his bum. 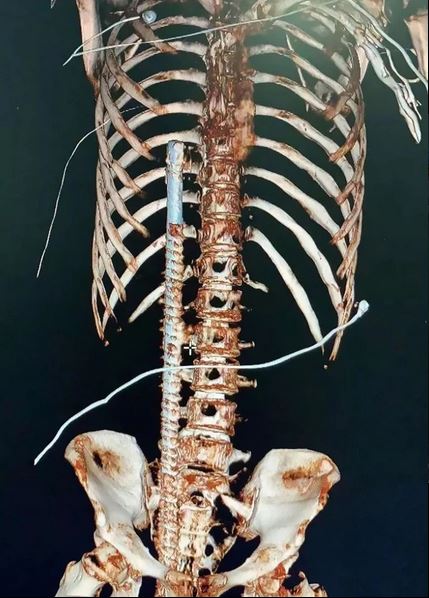 A builder has been impaled on a metal rod that went up his backside and narrowly missed his heart after falling from a construction platform.

The unnamed 22-year-old was working on a building site in the city of Huzhou in eastern China when he fell almost 13 feet onto the rebar.

He fell unconscious and was rushed to the nearby Zhejiang University No 2 Hospital, where he underwent emergency surgery.

Doctors said the bar went through several internal organs, with a 3-D x-ray of the man showing the path it travelled after entering his body.

The tip of the bar stopped just three centimetres short of the man's heart. 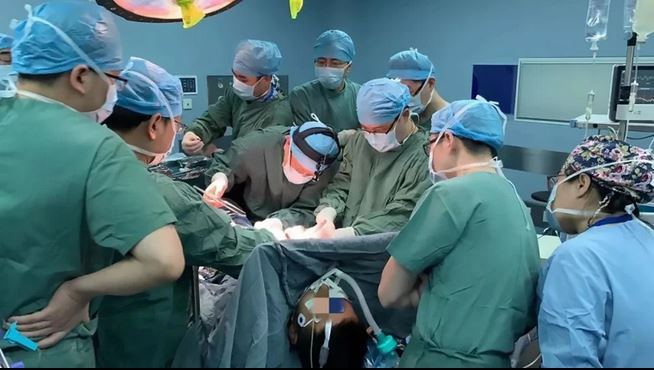 The man was rushed to hospital and underwent emergency surgery

The emergency procedure required several doctors, including specialists in the liver and intestine responsible for removing the bar from each organ.

The bar was finally removed at around 3am on the day following the accident.

The surgery is reported to have been completed without complication, and the builder is now recovering in hospital.

Doctor Chen Congcong, one of the surgeons who conducted the operation, said: "The rebar hurt the man's liver, intestines and lungs.

"Fortunately, it missed his heart, otherwise nobody could have saved him."

The incident is just the latest in a string of others that have seen construction workers in China suffer similar injuries.