Nigerian governors have rejected the proposed death penalty proposed in the hate speech bill at the National Assembly. 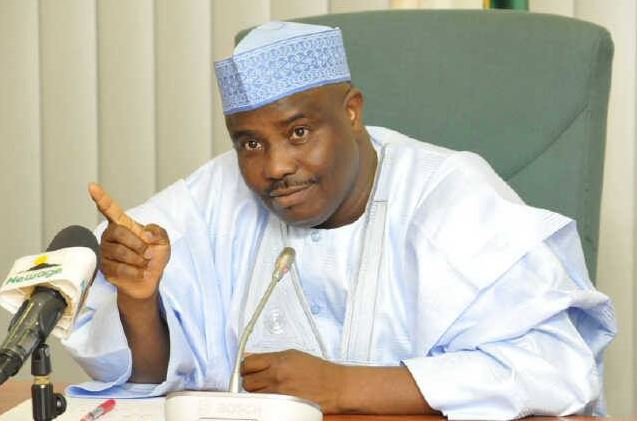 According to Punch Metro, the Nigeria Governors’ Forum on Wednesday rejected the proposed death penalty for hate speech in the bill at the National Assembly.

The governors also expressed their readiness to conclude negotiations with labour unions on the implementation of the N30,000 minimum wage before the December 31 deadline.

The governors spoke at the end of their seventh meeting in Abuja, which was presided over by the Vice-Chiarman of the NGF and Governor of Sokoto State, Aminu Tambuwal.

Answering questions from journalists, Tambuwal urged the National Assembly to conduct a public hearing on the hate speech bill to aggregate the views of Nigerians.

He said, “I’m not sure I have heard any governor come out to say he is in support of the death penalty for hate speech.

“I believe that the National Assembly should hold a public hearing on that bill, so that due process of lawmaking is followed.

Tambuwal pledged the commitment of states to the implementation of the minimum wage and improved welfare of workers.

He said, “Various state governments have been engaging with their branches of the Nigeria Labour Congress, I’m sure it is a work in progress.

“Before December, all the states must have finished working out the details on the issue of the minimum wage across the federation.

“We are very much committed to the welfare and well-being of our workforce and therefore, we shall continue to ensure that we do our best on what needs to be done.”

At the meeting, the governors committed to working with the Independent Verification Agent to ensure that the APA process did not experience delay.

The forum, among other resolutions, also expressed commitment to the initiative to advance value added activities in agriculture, access to finance and women economic development.

The Senate, had on Tuesday last week, introduced the hate speech  bill, which among others, prescribed death by hanging as the  maximum punishment for certain categories of offenders.

The bill, which is being sponsored by a former Senate spokesperson, who is now the Deputy Senate Whip, Sabi Abdullahi, passed first reading on the floor of the Red Chamber on November 13. It is titled, ‘National Commission for the Prohibition of Hate Speech (Estb.etc) Bill, 2019’.

Abdullahi had sponsored a similar bill in the 8th Senate, but it could not survive the second reading due to overwhelming opposition and criticisms from civil society groups and the media.

Besides the death penalty, offenders are  liable to a 10-year jail term or risk N10m fine, especially, those who stir ethnic hatred by their speeches.

The NBA National Publicity Secretary, Kunle Edun, had cautioned the Senate to “tread carefully” with the bill.

He had said, “We, therefore, strongly advise that the Senate should tread carefully on this bill.

But the Senate disowned the bill on Monday, saying it was an idea of the sponsor, Abdullahi. The Niger State senator said he had received threat messages over the bill.