A 'most wanted' serial rapist has been reportedly arrested by the police in a community in Lagos state. 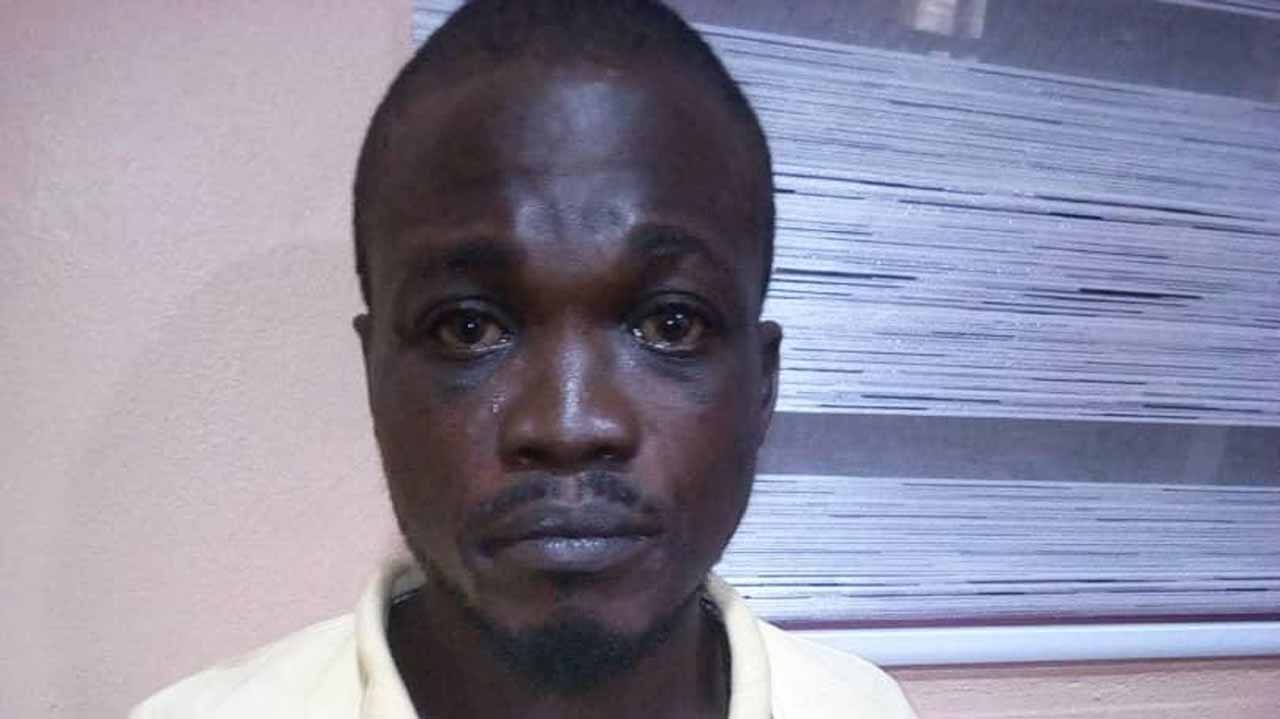 According to a report by TheGuardian, the Lagos State Police Command has arrested a suspected ‘most wanted’ serial rapist at the Egbeda area of the metropolis.

The suspect, Chuks Emmanuel, is currently being interrogated at the Area ‘F’ Police Command Headquarters, Ikeja for alleged rape and fraud. Emmanuel, according to a police source has been on the police wanted list for a long time until last week when a special squad deployed by the Area ‘F’ Commander, ACP Olasoji Akinbayo, traced him to a hotel.

According to the police, female victims had complained bitterly on how Emmanuel lured them to hotel rooms where he subjected them to all sorts of blackmails after sleeping with them. Emmanuel was alleged to have forced his victims to pay him some amount of money or risked their nude photographs exposed on the internet. Luck however, ran out on Emmanuel as the police used a female to set him up and he fell to the bait.

The suspect, who spoke with newsmen said: “I came to Lagos few months ago and things were very rough for me. As I could no longer bear hunger. I thought on how to survive and the thought of getting some ladies that I would have sex with and blackmail them thereafter. I thought of the most vulnerable and I discovered that the best target should be the matured and single ladies. I opened a Facebook account with the name Dr. Chibuzor, MD/ CEO Health Wellbeing Therapy. I started sending friend requests to ladies on Facebook. My efforts paid off as single and matured ladies started accepting my friend’s requests. I would send a request to those who I suspected maybe lonely. I started chatting with them, from chatting; the relationship would develop to love and affection.

“When I gained their confidence, I would request to meet with them in any of the three choice hotel hat I used. They would honour my invitation, for them to feel that I was a big guy, I would tell them to give me their location where my boy would come and pick them .I would go and pick them, pretending to be an errand boy to the big man who invited them. Already I would have paid for a hotel room. When we arrived the rooms, I would check my victims in and asked them to relax, as my master would soon arrive. After about two and half hours, I would come back to the room and inform that my master would no longer be around as an important official assignment took him to outside duty from Lagos. It is at that moment that I would start working on their brains; telling them her how I would assist if they would agree to have sex with me. They usually agree and after sex, I would demand for money from them and they willingly give me.

“I was not using diabolical means .I think they succumbed out of fear or that they needed sex. There was one that surprised me most, as I touched her breast; she started shouting that I should not waste time in doing it. This is a woman that was denied sex for a long period of time. She is now claiming that I raped her. Many ladies out there are sex starved. I did not rape any of my victims. They willingly gave their bodies to me. They also gave me money for the best reasons known to them. May be, they were afraid that I would expose their nude photographs on the Internet, but that never crossed my mind. I have questions for my victims: did any of them raise the alarm when I was raping them and why did they not report to the hotel managements? I was using three hotels. None of the hotels that I was using has ever complained that I raped anyone in their hotel rooms.

“What has happened has happened, let us treat the matter the way it is. I did not rape or intimidate anyone. I am not saying that what I did was right, because I lured them to the hotels and used their brains so as to have sex with them. I also collected money from them after sex. The last one that put me in trouble was a lady that paid N55, 000. She told her friend about how I collected the money after sleeping with her, so her friend decided to fight for her.

“She reported the matter to the police who advised her to send me a friend’s request and I accepted the request. She booked appointment with me in a hotel. While we were discussing at the pool side, the police picked me .It was at the police station that I was told my offences.”

A manager of one of the hotels where the suspect camps his victims, identified simply as Akpan said: “I know Emmanuel very well. He has brought female friends three times. The thing is that I am still shocked with what I am hearing, because none of the female visitors had raised the alarm that she was being raped. The rule in our hotel is that once a lodger has a visitor and he or she is checking out, two of them must leave together .We won’t allow anyone to leave without knowing the condition of the other person.