Instgram Big Boy, Mompha is about to be dragged to court to face the wrath of the law by the EFCC. 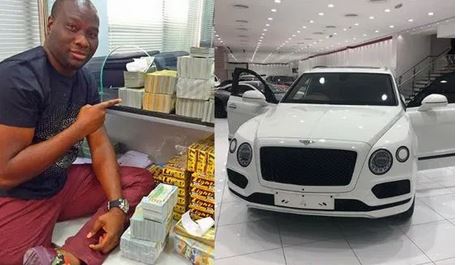 A 14- count criminal charge bordering on money laundering has been filed and served on the suspect who is currently in the custody of the Commission.

He is to be arraigned alongside his company, Ismalob Investments Limited, the firm through which he allegedly laundered N14 billion.

The social media celebrity was arrested based on actionable intelligence linking him to fraud and money laundering on Friday, October 18, 2019.

Mompha who allegedly perpetrate his fraudulent activities under the guise of being a Bureau de Change operator used the BDC business he jointly owns with his siblings, as a decoy to launder his proceeds of crime.

In a related development, Kayode Philip and Hamza Koudeih, high valued targets in Organized Cyber Syndicate Network (OCSN) will also be arraigned during the week.

They have been duly served with a 24-count charge bordering on conspiracy and money laundering.

It will be recalled that Hamza Koudeih a Lebanese was arrested in Lagos recently.