A factory has died tragically after his head got stuck inside a machine in a Lagos state, sparking outrage. 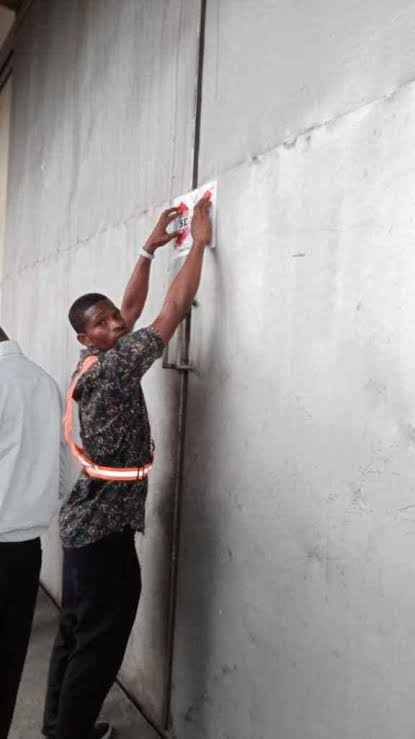 The factory has been sealed

According to NewTelegraph, the Lagos State Government has sealed Multipak Nigeria Limited, a plastic producing factory, following the death of a worker identified as Mr. Femi Olatunde.

Olatunde was alleged to have died in a machine at the company, located at Plot F8, Kudirat Abiola Way, Oregun.  Olatunde’s head got stuck in a machine while he was operating it.

The Director-General, Lagos State Safety Commission, Mr. Lanre Mojola, who  confirmed the tragic incident, blamed it on the violation of safety rules and regulations, poor house-keeping and lack of signage.

According to Mojola, the factory was sealed following the Lagos State Government’s declaration of zero tolerance for factories and private organisations, which violate safety rules and regulations.

His words: “The poor house-keeping led to the death of Olatunde, a factory worker, who got his head stuck while operating one of the machines.”

Mojola insisted that the commission would go tough on factories, which failed to comply with safety regulations, stressing that the government wouldn’t condone negligence to safety regulation on the part of any company.

He added: “On no account should any factory operate without putting in place safety equipment, quality house-keeping, signage, good wiring system and a clean environment devoid of hazards to the lives of workers and visitors.’’

The DG, who also hinted that investigation was ongoing with regards to safety infractions at another steel factory in Odonguyan, Ikorodu, noted that if the factory is found wanting, it would be sealed.