A Nigerian senator has condemned moves by his colleagues to pass the social media regulation and anti-hate speech bills. 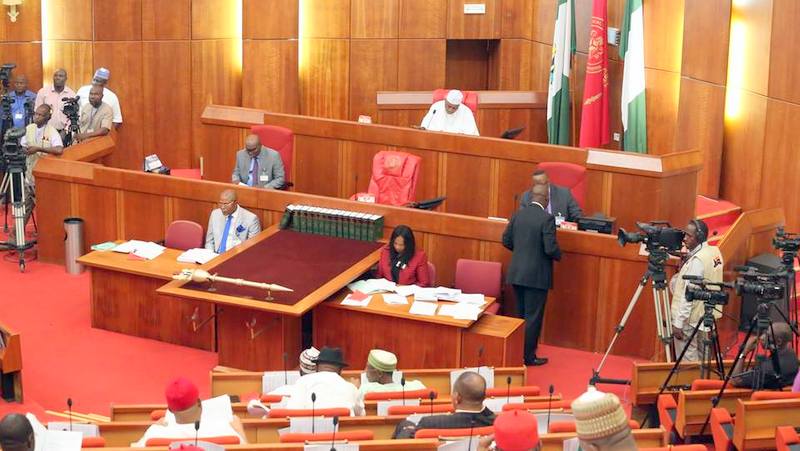 Senate
A Nigerian senator from Akwa Ibom State, Akon Eyakenyi has declared her stand against the controversial social media regulation and anti-hate speech bills in Nigeria.
According to Premium Times, Mrs Eyakenyi (PDP/Akwa Ibom South) said in a statement on Wednesday that if the two controversial bills – Prohibition of Hate Speech Bill and Internet Falsehood and Manipulation Bill – are passed into law, they will abrogate the freedom of expression of the Nigerian people.
“The mandates we hold as senators are in trust for the people and the powers we exercise are delegated by the people with whom power resides,” Mrs Eyakenyi said in the statement.
“Therefore, any attempt to shut up and threaten the owners of the mandate from freely holding their opinions in line with our laws shall strongly be resisted by me.”
Mrs Eyakenyi said freedom of expression, besides being a fundamental human right, as enshrined in the Nigerian constitution, the Universal Declaration on Human Rights, and the African Charter on Human and Peoples Rights, is a necessary ingredient that sustains a democratic system.
To move against the peoples’ freedom to express themselves, she said, amounts to degenerating into dictatorship.
“The ECOWAS Court of Justice and the African Court of Human Rights have in the past declared similar attempts as illegal. Across the globe, infringements on human rights and free press is condemnable,” she said.
“We must, therefore, be careful not to portray ourselves as a country that is sliding into intolerance and, we must not allow the rights we fought for and won to be abrogated by misconceived opinions.
“I, therefore, condemn in the strongest terms, the proposed pieces of legislation which in my judgement are not in the best interest of our image as Africa’s Big Brother.
“Let it be on record that I stand against these bills and that my constituents reject them in totality. Death penalty as canvassed by one of the proposals is without argument outrageous and such dangerous signal must not be sent out to the international community about our human rights records,” the senator said.
Mrs Eyakenyi said Nigeria already has sufficient laws such as the Penal Code, Criminal Code and Cyber Crimes Act of 2015 to tackle hate speech and cybercrimes.
“There is, therefore, no justification for over flogging issues that are already adequately taken care of by our laws.
“I must, however, state that our problem does not lie in lawmaking but law enforcement and implementation. What we need most as a country is ensuring that the various law enforcement agencies carry out their duties as they ought to,” she said.
Protesters on Wednesday besieged the National Assembly, demanding that the senators drop the social media regulation bill.
Top Stories