World-famous American rapper, Cardi B who is in Nigeria, has visited a strip club in Lagos and has adopted a Nigerian name. 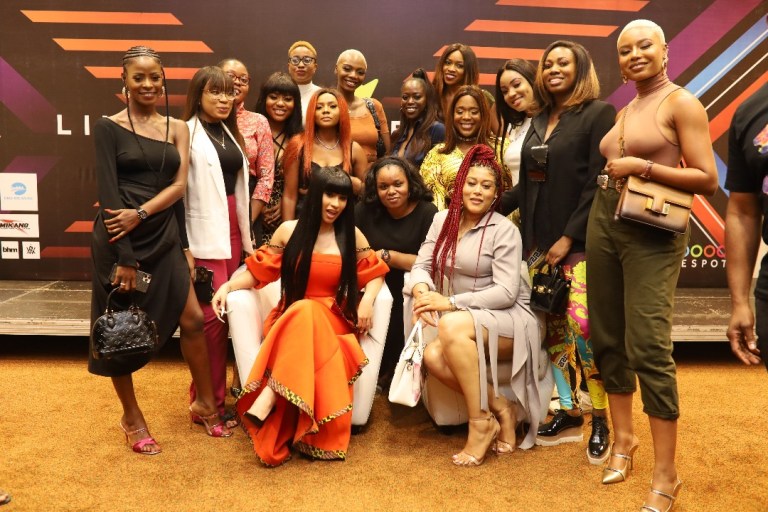 Cardi B with fans

Cardi B, the popular Grammy Award-winning rapper, is having the time of her life in Lagos.

The rapper, who is visiting Nigeria for the first time, visited a popular Lagos strip club with Nigerian-American artiste, Jidenna on Friday night.

The rapper shared snippets of her time in the club on her official Instagram handle.

Cardi B, who is also an ex-stripper, could be seen spraying some Naira notes on some of the naked strippers at the joint.

The self-proclaimed Queen of the Bronx is expected to perform at the Livespot X Festival which will hold at the Eko Atlantic City, Lagos.

The vivacious rapper would be joined on stage by some of Nigeria’s biggest artistes by the likes of Burna Boy, Tiwa Savage, Teni, Niniola, and Wande Coal.

Since her arrival, Cardi B has been sharing her experience in the country with her over 55 million Instagram fans.

She has also adopted a new Nigerian name, ‘Chioma B’ and has asked her fans to take note. 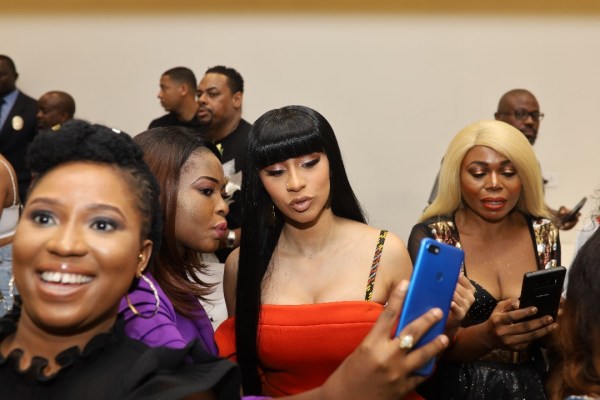 Cardi B with fans

Prior to arriving in Nigeria, she had shared a video from her private jet. In the video, the rapper was seen twerking to an unreleased remix of Davido’s ‘Fall’ on which she is featured.

After her arrival, Davido took to his Instagram page to welcome her.

He also shared a video of the rapper on the plane on his Instagram page, welcoming her home. He shared the video and captioned it, “Welcome home.”

After a full day of media rounds and fan meet-ups, Cardi took to the streets of Lagos on Saturday morning taking lots of photos and videos.
‘Collins’

The rapper also finally met a Nigerian man, Collins Chukwu, who mimics her on Instagram.

During an interview with radio personalities, N6, Taymi, and singer Dare Art Alade, Cardi B described Nigerians as “great entertainers”.

She also praised self-acclaimed African Giant, Burna Boy, for his raw talent and added that ‘Ye’ was one of her favourite songs”.

Speaking on what she likes about Nigeria, the mother of one likened Lagos to New York saying, “There are so many people and it’s like New York!”.

Shi'ites Can't Be Reason For US Visa Restriction On Nigeria - IMN