19-year-old teen has been arrested and charged with aggravated assault for allegedly carving his name on his girlfriends forehead with a knife. 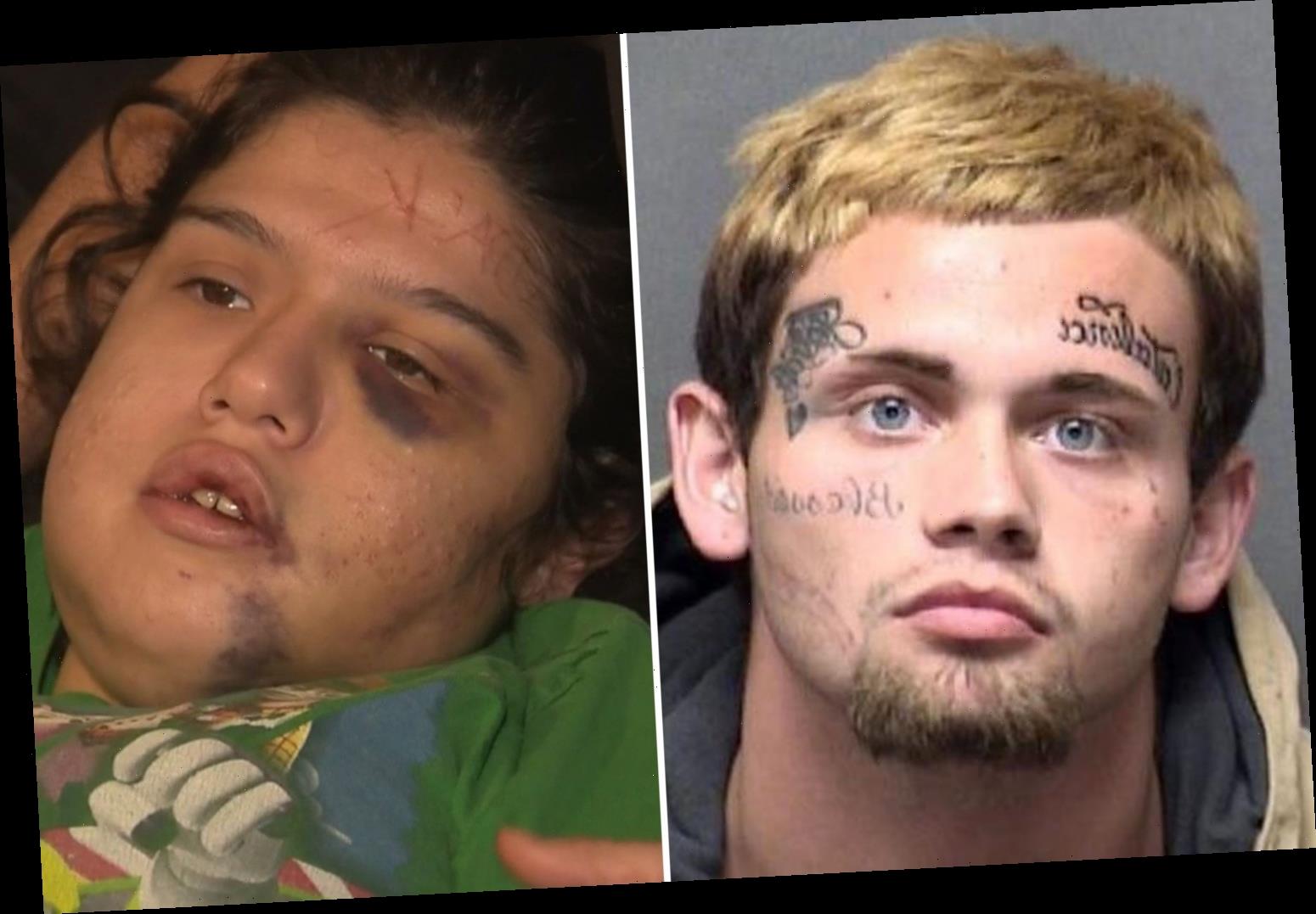 A young man from San Antonio Texas, has been arrested for allegedly assaulting his girlfriend and carving his name on her forehead with a knife.

19-year-old Jackub Jackson Hildreth was arrested by police on Friday, December 6, and charged with aggravated assault with a deadly weapon after his girlfriend, 22-year-old Catalina Mireles, accused him of attacking her.

Mireles said the pair met on Facebook about four weeks ahead of the attack, which left her with a broken jaw, a black eye, and extreme swelling and bruising on her face.

According to her, the attack began in the morning and lasted until the afternoon as they argued about their relationship.

Mireles told investigators that Hildreth grabbed her by the neck and punched her in the face before carving his name into her forehead with a knife.

He fled the scene before police arrived but authorities were able to track him down hours later on Friday and arrested him.

Hildreth was previously wanted for burglary assault, court records show. He is being held on $75,000 bond and is scheduled to appear in court next month.

Mireles' mother, Juanita Lopez, said she was relieved her daughter's attacker is now behind bars. 'She was scared for her life, he tried to kill her,' she said. 'I don't want him to get out again because he's going to hurt someone else. She's my baby, I didn't expect this to happen.'