A popular pastor has been arrested by the Department of State Services over a missing child in an Akure church. 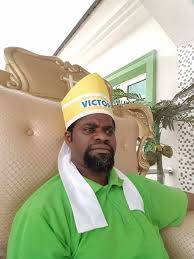 According to SaharaReporters, the Department of State Services has arrested the Founder of Sotitobire Miracle Centre, Akure, Ondo State, Alfa Babatunde, following a petition against him about a missing child in his church.

Babatunde was arrested on Tuesday afternoon after the DSS invited him for interrogation at their office in Akure, the state capital.

Eniola Kolawole was declared missing at the popular church during a special service.

The church is located at the Oshinle Quarters of Akure.

A source at the DSS office, who spoke with our correspondent, confirmed the arrest of Babatunde.

"Pastor Babatunde was invited this afternoon to our office for interrogation after we got a petition about a missing child in his church.

"We had earlier contacted him through his lawyer but both of them were not cooperating with us.

"Fortunately, he showed up this afternoon after intense pressure, so we had to quickly swing into action by taking him to his house for a search.

"We also searched his church thoroughly.

"His case is being moved to Abuja for further investigation."

Mrs Modupe Kolawole, the distraught mother of the missing child had accused Babatunde of being behind the sudden disappearance of her son.

Recall that the one-year-old child was dropped at the creche section of the church by his mother during a service but went missing shortly before the end of the program. The Department of State Services has arrested the Founder of Sotitobire Miracle Centre, Akure, Ondo State, Alfa Babatunde, following a petition against him about a missing child in his church.