A job scammer has bagged one year imprisonment for duping a victim the sum of N60, 000 in Benue state. 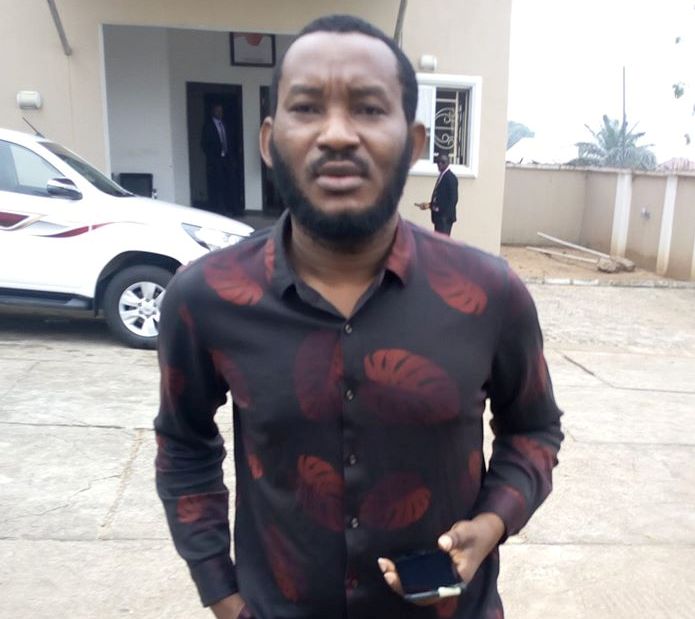 Moses Abah Ijiga
Justice Mobolaji Olajuwon of the Federal High Court, Makurdi, Benue State on Tuesday, 10, 2019, has sentenced one Moses Abah Ijiga to one year imprisonment, with N100,000 (One Hundred Thousand Naira) option of fine for employment scam to the tune of N60,000 (Sixty Thousand Naira) only.
The convict was prosecuted by the Economic and Financial Crimes Commission (EFCC), Makurdi Zonal Office on amended one-count charge of fraudulent impersonation.
The charge reads: "That you, Moses Abah Ijiga, sometime in November, 2019 at Makurdi, within the jurisdiction of this honourable court, did by false pretences and with intent to defraud, obtained from one Mathew Angyer the sum of N60,000 (Sixty Thousand Naira) only, under the pretext of giving him a job with the Nigeria Police Force as a constable and thereby committed an offence contrary to Section 1(1)(a) of the Advance Fee Fraud and Other Fraud Related Offences Act, 2006 and punishable under Section 1(3) of the same Act."
He pleaded guilty to the one-count charge, upon which prosecuting counsel, Mary Onoja urged the court to accept a plea bargain agreement he entered with the prosecution and convict him accordingly, having refunded the said sum of N60,000.00 (Sixty Thousand Naira) to his victim.
Ijiga’s road to prison began when he was arrested by the EFCC following a petition from the victim, who stated that the convict came to their house sometime in 2017 and introduced himself as Moses Onoja, a pharmacist, and that he needed financial assistance to attend a job interview in Abuja, for which they contributed N3000 and gave him for transportation.
He further stated that in early November, 2019, the convict, whom they could no longer recognize, came to their house and introduced himself as Moses Ijiga, a police officer of the rank of ASP, who works with a retiring Deputy Inspector General of Police, DIG, and that his boss needed to fill the employment slots, allotted to him by the Nigeria Police Force, and that he wished to nominated someone from the family to his boss for recruitment as a constable in Nigeria Police Force to demonstrate his gratitude to the family for the N3000,00 it gave him for transportation to Abuja in 2017.
The victim said the family nominated one the siblings as its candidate, after which the convict started making financial demands to cover costs for training kits, documentations and medical report, for which the sum of N60,000 (Sixty Thousand Naira) was paid to him through the bank account of one Usman Danladi.
Investigations, however, revealed that the convict was a commercial motorcycle rider (okada rider) and a farmer, who confessed in the course of investigation that he lied to get money from the family.
Top Stories