See The Only 4 State Governors In Nigeria Who Pay N30,000 New Minimum Wage


Just four out of the over 30 state governors in Nigeria have began paying workers the N30,000 new minimum wage approved by the federal government. 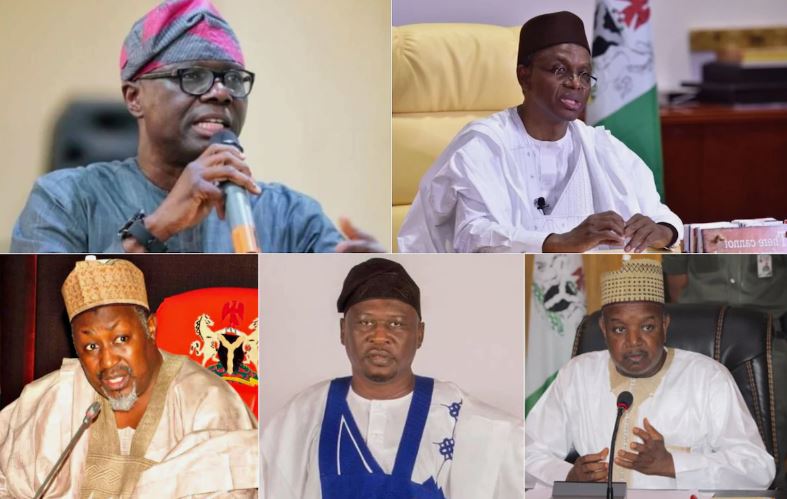 Nigerian state governors paying the new N30,000 minimum wage
Some states have began implementation of N30,000 new minimum wage approved by the federal government while others are still negotiating for a way forward.
TORI NEWS gathered that so far, only four out of the 36 states in Nigeria have begun the implementation of N30,000 new minimum wage signed into law in April by President Muhammadu Buhari.
Although some other states have pledged to implement the minimum wage, they are yet to fulfill the promise.
The Nigeria Labour Congress in a communiqué signed by the President of the NLC, Ayuba Wabba; the union Secretary-General, Emmanuel Ugboaja; and the National Chairman, Joint National Public Service Negotiating Council (Trade Union side), Abdulrafiu Adeniji revealed that only four states had begun payment of the new wage structure.
It stated that Jigawa is almost there, had concluded negotiations but yet to make its first payment to workers.
The communiqué noted that Borno, Abia, Kano, Bayelsa, Sokoto, Niger, Abia, Akwa Ibom, Edo, Ondo, Ebonyi, Katsina and Zamfara states had constituted negotiating committees on the consequential adjustment in salaries, while Bauchi, Yobe, Rivers, Benue, Gombe, Kwara, Imo, Osun, Ekiti, Oyo, Anambra, Taraba, Cross-River, Ogun, Enugu, Nasarawa, Plateau, Kogi and Delta states had yet to put in place a negotiating committee.
Organised labour has now given state governors till December 31, 2019 or risk industrial action in the affected states.
The only four states in Nigeria paying N30,000 new minimum wage are:
1. Lagos - Babajide Sanwo-Olu
2. Kaduna - Mallam Nasir El-Rufai
3. Kebbi - Abubakar Atiku Bagudu
4. Adamawa - Ahmadu Umaru Fintiri
Top Stories