More details are beginning to emerge from the failed marriage of the Oluwo of Iwo land, Oba Abdurrosheed Adewale and his foreign wife. 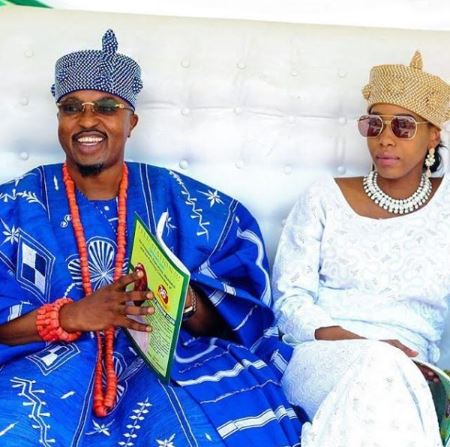 Shock, then anger crept in when, yesterday, December 15, 2019, the Oluwo of Iwo land, Oba Abdurrosheed Adewale Akanbi Telu 1 declared he was done with the wedlock to his Jamaican queen.

This is a monarch who would constantly remind you of his love for his queen and even gave her a crown like a king! There was a time he also labeled her as the most beautiful queen in the universe!

Born in Canada but raised by a British mum and a Canadian father, Ms Chanel Chin must have married the Oluwo of Iwo due to her love for Africa and an urge to understand the culture.

But she got it all wrong! African monarchs are not tied to one woman. They are polygamists and they love to have a harem of women.

“That was the initial hiccups they had,” a palace source revealed exclusively to Kemi Ashefon.

“The Oluwo had a wife, Olori Jumoke Akanbi with children, before he met his Jamaican Queen.

Maybe she forgot that she can’t have him all to herself. She was so possessive of the King that he abandoned his sons and Olori Jumoke.
If Queen Chanel thought she could handle the king in his Iwo palace, she never knew there are other concubines she could not trace or see when she wasn’t with him.

As a matter of fact, there was a royal brouhaha in 2018 when she moved out of the palace after discovering Kabiyesi was having an affair with a woman from Iwo!

She could not cope with the idea of sharing her husband and the response of the monarch wasn’t encouraging either.

So, Queen Chanel packed out of the palace in 2018, her husband got furious and he also deleted all her photos from his Instagram account.

Though he later debunked the story of any problem with his marriage, Oluwo of Iwo wasn’t smart enough to cover his philandering acts and after their reconciliation, the same trouble started between the royal couple,” sources said. 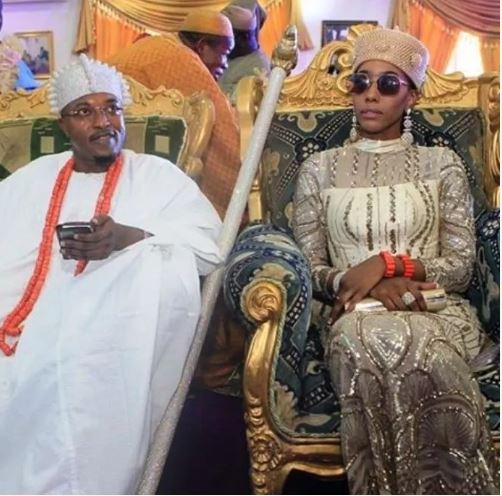 The ex queen, who obviously didn’t want to embrace polygamy said in an interview granted PUNCH in 2017 she would be sad at the idea of the king marrying another woman.

“How will you react if Kabiyesi marries another wife?” she was asked.

If she was diplomatic enough to answer that question, she threw caution to the wind when asked if she was the first wife of the Oluwo of Iwo.

“Yes. There is no other wife.”

Palace sources said the queen must have been uncomfortable with the king’s other wife, Jumoke Akanbi and her children.

But before today’s divorce, Olori Jumoke Akanbi, Oluwo of Iwo’s wife of 18 years was not officially recognised by palace officials. Well, things must have fallen apart again between the controversial king and his ‘Oyinbo’ queen, who could not share her man with other women. They called it quits.

She is said to have packed out of the palace and the furious king who must have begged her as usual, took the bull by the horn and declared her an ex queen.

In a statement by the Chief Press Secretary to Oluwo Palace, Alli Ibraheem, the monarch said Chanel has ceased to be his queen due to an irreconcilable difference.

“This is to inform the general public most especially friends and associates of the Oluwo of Iwoland, His Imperial Majesty, Oba (Dr.) Abdulrosheed Adewale Akanbi, Telu I, that Ms Chanel Chin is an ex-queen of his majesty.
“This information is necessary for the attention of the general public to avoid representation on proxy or accordance of respect attached to the sacred stool of Oluwo to her.

For personal irreconcilable differences, Chanel Chin ceased to be his Majesty’s queen. We equally enjoin the public to disregard any business transaction or request with her using the office of his majesty.”