The party, in a statement yesterday said the allegation had reportedly unsettled certain persons in the Buhari Presidency. 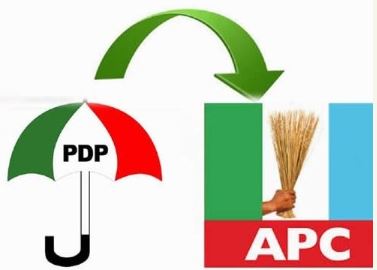 The Peoples Democratic Party (PDP) has asked the APC to come clean on allegations in the public space that it siphoned N40 billion taxpayers’ money from the Federal Inland Revenue Service (FIRS) to finance its 2019 campaigns.

The party, in a statement yesterday by its National Publicity Secretary, Kola Ologbondiyan, said the allegation had reportedly unsettled certain persons in the Buhari Presidency.

The PDP said the development had further vindicated its position that the APC was an “extremely callous and hypocritical party, which has no iota of conscience but takes delight in depriving our citizens and pillaging resources meant for the wellbeing of our people.”

The opposition party said it was shameful that instead of being remorseful, the agents of the APC were reportedly engaging in dirty infighting over how the money was allegedly shared. But the APC National Publicity Secretary, Malam Lanre Issa-Onilu, in a swift reaction, described the alleged N90bn or N40bn FIRS 2019 election vote as “hogwash”.

“Regarding some media reports and a statement from the Peoples Democratic Party (PDP) alleging that a phantom N90 billion or N40 billion was released to the All Progressives Congress (APC) by the Federal Inland Revenue Service (FIRS) for the Party’s 2019 election political campaigns, the allegation is hogwash.

“The baseless allegations contained in the media reports and the subsequent statement by the PDP is an unintelligent and crude attempt at a smear campaign. Only the sponsors of the report believe their tales.

“We call on the sponsors of the baseless allegation to resolve their confusion.

Last time it was N90 billion, now it is N40billion. We also challenge them to provide evidence from not only FIRS but any other government agency where the APC took one kobo for campaign. “The matter of dipping hands into public coffers as a matter of official policy ended with PDP. We recall that leaders of the PDP had contemplated changing the name of their party at a time because they were ashamed of their own record of sleaze.

“We however refer the PDP and co-peddlers of falsehood to the records of the Federation Accounts Allocation Committee (FAAC) in terms of Cost of Collection accruing to FIRS and indeed the FIRS statement on the subject matter,” Issa-Onilu said in a statement issued yesterday in Abuja.