See The List Of States With Unqualified Teachers In Nigeria


A list of states in Nigeria with the highest number of unqualified teachers has been released.

A new report has revealed the states in Nigeria with the most number of unqualified teachers.
According to the 2018 National Personnel Audit (NPA), Kebbi, Lagos and Jigawa states are on top of the list of states with unqualified teachers in public school.
The report, which was released by the Universal Basic Education Commission (UBEC), yesterday, indicates that pupils’ ability to learn in many states is being threatened by a lack of qualified teachers.
See the graphic below: 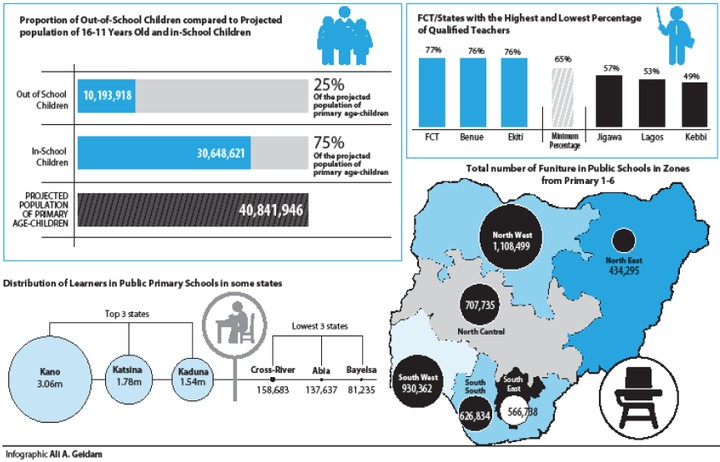 Imo: What If Father Mbaka Got Prophecy From The 'Oga At The Top'?
Popular Stories