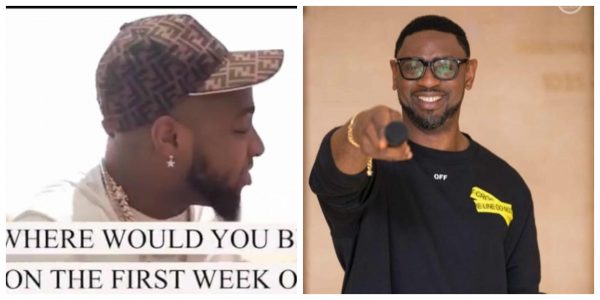 Davido features in an advert by Common Wealth Zion Assembly
Nigerian singer, Davido has appeared in an advert for the Common Wealth Zion Assembly, COZA Church headed by controversial cleric, Biodun Fatoyinbo.
Fatoyinbo took to his social media page to share the video announcing a program they will hold in January, 2020.
The singer could be heard saying he puts God in everything he does and he would want all his followers to do same.
The advert video however generated some reactions on social media, as a certain Twitter user mentioned that just as every other person, even Davido has a price.
The pastor has been under the radar of social media detectives after he was alleged to have sexually abused some women who are members of his church.
He was recently accused by wife of singer, Timi Dakolo, Busola of raping her when she was a teenager.
The case has however been struck out of court.