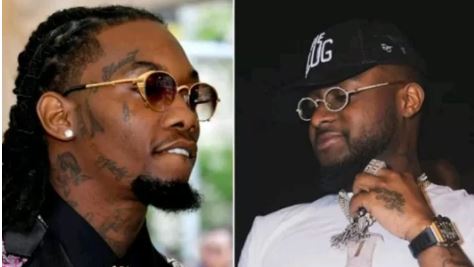 Offset and Davido
Davido and Cardi B’s husband, Offset, have clarified after alleged tweets of the celebrities fighting each other surfaced.
The musicians have now clarified that the tweets are fake.
The fake tweets had appeared to show a beef between both of them.
Recall that Cardi B was in Nigeria weeks ago where she performed at the Livespot X Festival before proceeding to Ghana.
During her stay in the country, she adopted a Nigerian name – Chioma – which is the name Davido’s fiancee bears.
In reaction to the new name, a fake tweet purportedly from Offset threw a shade at Davido who responded as seen in the screenshot below. 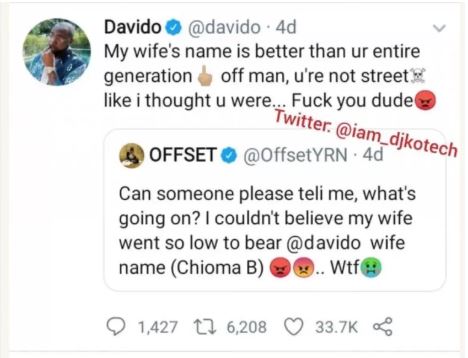 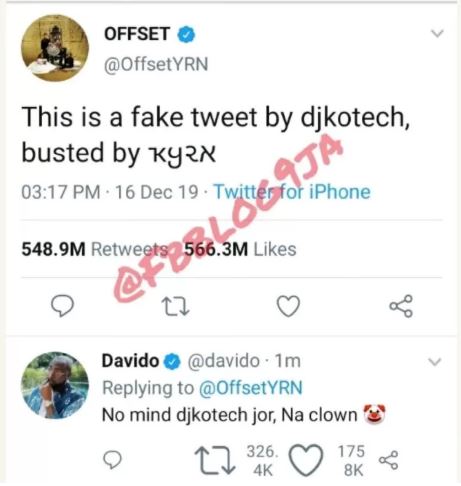