Nwosu expressed gratitude to the President for his neutrality during the crisis that led to the substitution of his name by the ruling party. 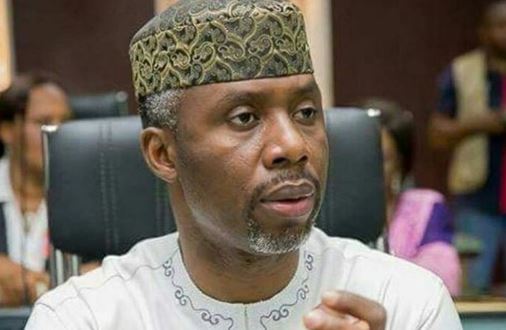 The apex court had in its judgment on Friday held that Nwosu, a son-in-law to a former governor of the state, Senator Rochas Okorocha, was nominated by All Progressives Congress and Action Alliance and as such ought not to have contested the governorship poll.

Nwosu, who said the APC did not consider the legal implications when it substituted his name as its governorship candidate in the state, expressed gratitude to the President, Major General Muhammadu Buhari (retd.) for his neutrality during the crisis that led to the substitution of his name by the ruling party.

He also commended his father-in-law for reposing confidence in him.

In a statement he issued while reacting to the judgment, Nwosu said, “I solemnly want to state with every sense of humility, that I have accepted the judgement of the Supreme Court in good faith.

“The apex court, in its judgment, said that ab initio, I was the authentic candidate of All Progressives Congress, and then concluded that I had double nominations – that replacing my name as the governorship candidate of APC was not a good action.”

He added, “The leadership of the party substituted my name without looking at the legal and other contentious implications of that action. I want to thank the Almighty God for taking me to the level I have seen myself both in politics and in life generally because without him, I would not have got to this level.