Ogunyemi noted that such recruitment had done a lot of damage to the university system as not all people in the class were able to teach. 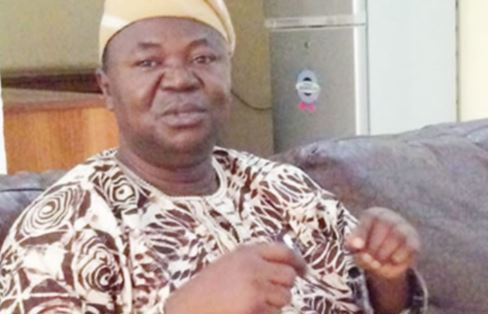 The National President, Academic Staff Union of Universities, Prof. Biodun Ogunyemi , has decried the recruitment system in the universities, regretting that many people not qualified to teach had found their way into the system.

Ogunyemi , who made this known when he appeared on the News Agency of Nigeri a Forum in Abuja on Sunday, added that it was not a crime for lecturers to teach in two different universities .

“We hope that we shall restore the credibility of the system as we have been trying to argue over the years. A key step to achieving that is for government to create the enabling environment for us to go back to the renegotiation table .”

Ogunyemi noted that such recruitment had done a lot of damage to the university system as not all people in the class were able to teach.

“Teaching is all about passion and not about preference of any sort . It is something natural, ” he said .

On why students do not have access to current publications by lecturers , Ogunyemi said facilities for conducting cutting edge research were in a shambles.

He , however, said that lecturers were doing their best.

“Concerning the publications , Nigerian academics are still doing their best within the limit of their environment . The student population is equally a distraction from research and, without research, you cannot publish.

“Talking about research, one must have access to current materials which is becoming increasingly difficult because our libraries are no longer stocked as regularly as it used to happen in the past.

“The laboratories are bereft of chemicals and reagents. Modern facilities for conducting cutting edge research are hardly there.

“So, when you talk of publications , our colleagues are still publishing, but, may be , you do not see as many books as we used to have in the past,’’ he said .

He said that ASUU would continue to advocate for restoration, resuscitation and repositioning of the university system in order to reclaim its enviable position .
Ogunyemi also blamed the poor attention students get from lecturers to the poor learning environment across universities and increasing students’ population .

The ASUU president said that teaching in two universities would only add to the system as it would afford the opportunity for lecturers to borrow and learn ideas from each other.

“The university system allows for what we call sabbatical . It is part of university tradition and practices all over the world .

“The purpose that it serves is that you create window for peer review. In other words, what you are doing in university A, you go to university B and see whether that is what obtains exactly , or you need to borrow something , or you share some ideas.

“Sabbatical is a mechanism for assuring comparability of standards. Anybody that goes out for sabbaticals , when he or she comes back to the university , he adds value to the system .”

On how to tackle cases of intimidation and harassment of students in tertiary institutions by lecturers , Ogunyemi , who described the trend as “ sad, ” said ASUU had set up an ethics committee in every university to ensure that its members did not go out of their bounds.

He advised students to report cases of intimidation and harassment at the ASUU secretariat on the campuses .

On the controversial Integrated Payroll and Personnel Information System , Ogunyemi pledged the readiness of ASUU to fully support any step that would eradicate corrupt practices from the university system .

Ogunyemi told NAN editors that the union had developed a prototype of the IPPIS , called University Transparency and Accountability Solution, which it urged the government to implement rather than the IPPIS .

Ogunyemi also debunked the insinuation in some quarters that the union had a splinter group .