Lady Who Falsely Accused Her Male Friend Of Rape, Confesses


A woman who falsely accused her male friend of forcefully sleeping with her has confessed to clear her conscience.

A Twitter user has narrated how a lady confessed to falsely accusing her male friend of rape, after contracting HIV.
The Twitter user, @LetoabaRosemary said the victim of the false rape allegation was reportedly arrested in 2014 and has been prosecuted since then by the police.
The lady who confessed to falsely accusing her male friend of raping her, said she did so because he stopped giving her attention. To get back at him, she lied that he raped her.
However, after many years, the lady decided to come clean because she wants to die with a clear conscience. 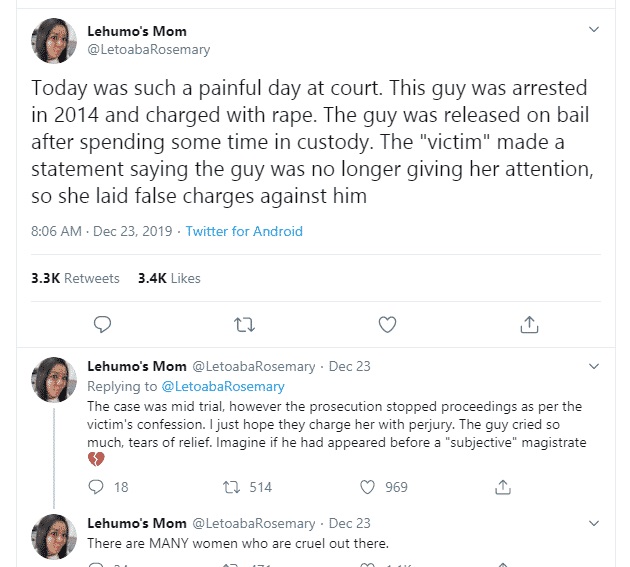 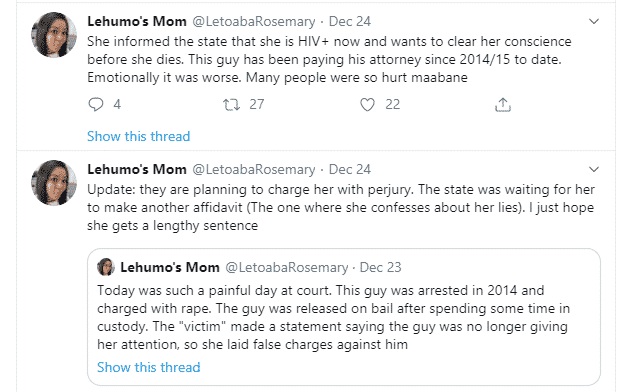