An old woman has been found dead and dismembered inside a freezer at her own house, reports have shown. 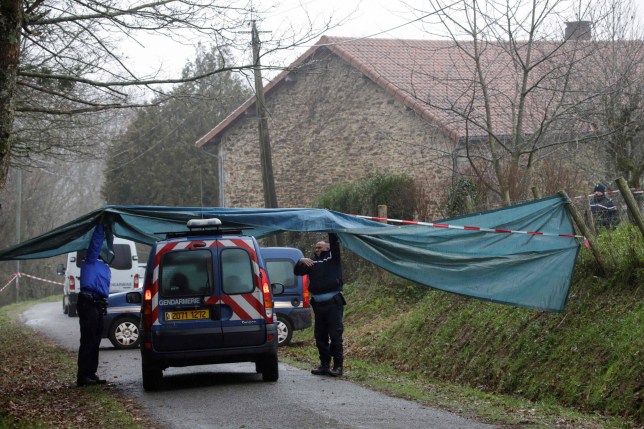 Police at the woman’s home in the village of Saint-Leonard-de-Noblat, east of Limoges, after the discovery of her body (Picture: AFP)

Firefighters found the body of an elderly woman in her own freezer after being called to a fire at her home.

The mutilated body of the woman, 83, was discovered after a fire broke out at the home in an isolated village in Haute-Vienne, central France.

Her grandson, in his 30s, was questioned at the scene and has been detained by police pending further investigations.

Officers claim he made conflicting statements to police at the time. Firefighters had been called to the victim’s home in the evening of New Year’s Day and managed to put out a fire which was contained to a single room.

At first they could not find anybody at the house and asked police to assist them in searching it. They found the woman’s body, dismembered and placed into her freezer, during the search.

A post-mortem examination will be carried out as part of the investigation, police said.