A promising young footballer has died in a most painful manner after a fatal car accident. 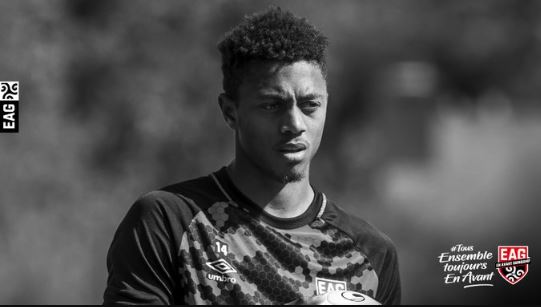 Nathael Julan
A young French striker has died.
The 23-year-old footballer, Nathael Julan, who last played as a forward for the French club Guingamp, died in a car crash after a training section on Friday, January 3, 2020.
The French Ligue 2 announced the sad news on social media with a statement, which reads: "L'En Avant Guingamp is in mourning," said the club. "The club had the immense pain to learn this afternoon of the accidental death of its player Nathael Julan.
"On this tragic day, all members of the club join together to express their sad condolences to Nathael's family."
Top Stories